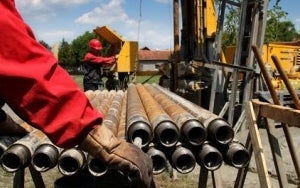 One of the greatest hazards affecting the health and safety of industrial workers is toxic, flammable and explosive gasses.

As Safety + Health magazine reported, concern over worker exposure to toxic and carcinogenic gases and vapors has increased in recent years. For one, the American Conference of Governmental Industrial Hygienists reduced its recommended safety threshold for exposure to common industrial gases, including hydrogen sulfide, sulphur dioxide and nitrogen dioxide, all of which can be toxic.

More emphasis has also been placed on the long-term effects of industrial gas exposure. For example, the American Cancer Society has found short-term exposure to gasses put off by the industrial chemical formaldehyde may cause headaches, watery eyes, nausea or skin irritation. While those symptoms alone facilitate the need for limited subjection to these gasses, an even bigger concern is that high or prolonged exposure to the chemical has been linked to cancer in some studies. The Occupational Safety and Health Administration has also tightened exposure limits on airborne concentrations of benzene in recent years due to its association with leukemia development.

As the International Safety Equipment Association advised, modern gas detection systems should combine localized sensor detection with networked monitoring and automatic response features, which may include visual or auditory alarms.

According to Occupation Health & Safety magazine, advances in gas detection systems are largely being driven by mobile apps and data collection.

Apps can be used to monitor environmental factors such as seismic activity and weather patterns that may compromise worker safety. In the event of a gas leak, climate apps can detect changes in gas levels, as well as limit exposure by determining wind direction and humidity. Quick Response Codes, the two-dimensional barcodes read by mobile device operating systems, can be used to aid in tasks ranging from automatic calibration to worker training.

Data collection is also aiding worker safety by reducing human error and identifying gaps in safety procedures such as calibration or monitoring. Data culled from multiple companies can also guide OSHA and other safety organisations in crafting their guidelines.

Additionally, wireless detection units are allowing for real-time monitoring of gas levels. The units transmit environmental readings back to headquarters where they are monitored, allowing workers to be altered to any changes in their surroundings as well as potential dangers. Wireless systems can even be programmed to automatically alert emergency response personnel in the event of certain predetermined situations.

Technology may also aid in compliance with proposed US Environmental Protection Agency regulations. The EPA is advocating for mandatory benzene monitoring at petroleum refineries as part of an effort to reduce the risk of leukemia in surrounding communities.

The EPA test would require tube sampling in order to monitor benzene levels both in the facility and at fence-line. However, as Occupation Health & Safety magazine noted, wireless gas detection technology can provide continuous benzene monitoring that would not only comply with EPA requirements but also increase protection for both workers and nearby communities.

How Safety Has Evolved in the Oil and Gas Industry

Safety is now front and centre in the oil and gas industry. Thanks to a...

Employers should pay close attention to fall protection standards as fines on the Occupational Safety...