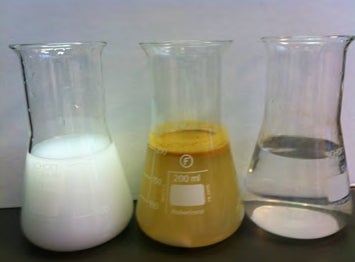 The increasing water cut in mature fields and tightening regulations are the main drivers for the growing challenge of treating oil in water emulsions. In addition, the industry is creating more emulsions in novel applications such as fracing, well deliquification and alkali surfactant polymer water as used in enhanced oil recovery.

Installed treatment equipment often relies on time and gravity as the main forces for separation of water and hydrocarbons (Stokes’ law). For chemically stable emulsions these forces are not sufficient.

Parker Twin Filter has developed a technology based on its already extensive product line and experience in treating oilfield waste water. It uses the proven technology of electrical oxidation but uses this in a novel way to clean up water in a three step process.

The process is fitted on two mobile skids as an end-of-pipe solution. The input is water from the near atmospheric skimmer tank, the output is water which can be discharged to sea without further processing. The skids are self-sufficient, ATEX Zone 2 certified, and only require electrical power and work air. It does not need regular attention from operators or specialists because the output of NTU is monitored by sensor technology.

The process is now available as a commercial product or service offering after thorough field trials in 2012 and 2013. Case studies in which significantly increased gas production is shown, while maintaining the using TwinZapp, are available.

The technology consists of a three-step process:

As a consequence of the chemicals used for hydrate suppression, corrosion inhibition, well clean ups, fracing, deliquification with foaming agents, etc, chemically stabilised OIW emulsions are formed. As a rule these types of emulsions tend to be cationic in nature and they respond well to the chemical process which is kick-started with the electrical oxidation cartridge electrodes. This step destabilises the emulsions by reducing the polarity of the droplets in emulsion.

Electrical demulsification cartridges consist of a pair of electrodes (pictured), called Elox. A direct current voltage is applied across the plates. As opposed to normal electro-coagulation, the electrodes in this case are non-sacrificial (reduced maintenance), ATEX Zone 2 certified and dynamically controlled through sensor technology.

Now that the emulsion is broken, the released oil (0.2% – 0.5% of total flow) will float to the top where it is skimmed off as ‘schmoo’ and returned to the platform’s sump or atmospheric skimmer tank. Since the reject is added to the already existing waste streams it does not form another separate waste stream.