Norway’s Equinor has reported adjusted earnings before tax of $17.59bn for the second quarter of 2022, compared with $4.64bn a year ago.

The earnings were boosted by increased output and higher energy prices amid the global energy security crisis in the wake of Russia’s invasion of Ukraine.

The firm’s adjusted earnings after tax increased to $5bn, from $1.58bn in the second quarter of 2021. 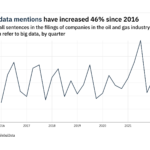 Filings
Filings buzz in oil and gas industry: 36% increase in big data mentions in Q2 of 2022 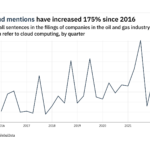 Filings
Filings buzz in oil and gas industry: 50% increase in cloud computing mentions in Q2 of 2022
Data Insights
View All

The company’s net income for the quarter jumped to $6.76bn from $1.94bn in the same quarter a year ago.

The firm’s total revenues and other income stood at $36.4bn, against $17.46bn in the previous year.

Equinor said in a statement: “The main driver for the increase in revenues is the continued increase in realised liquids and gas prices for the second quarter and the first half of 2022, relative to the same periods last year. The increase is partially offset by the lower entitlement production.”

Equinor also announced plans to increase its extraordinary cash dividend to $0.50 per share, up from the previous amount of $0.20.

The company is also planning a $6bn share buyback in 2022, an increase from the previous plan of $5bn.

In Q2 2022, Equinor made three commercial discoveries, all close to infrastructure on the Norwegian Continental Shelf (NCS).

It completed nine offshore exploration wells, with three wells still ongoing at the end of the quarter.

Last month, Equinor announced that it had agreed divest its 51% operatorship stake in the North Platte deep water development project to Shell.