The value of the ten biggest oil and gas industry deals topped $5 billion in November, with merger and acquisitions in the US and Canada making up six of the top 10 deals for the month.

Riverstone Holdings, an energy- and power-focused private investment firm that has offices in New York and Houston, inked a $2.685 billion deal to buy New Orleans-based International-Matex Tank Terminals (IMTT). The deal is expected to close in late 2020 or early 2021.

Riverstone will purchase IMTT from New York-based Macquarie Infrastructure, which owns, operates and invests in infrastructure businesses, and said IMTT will retain its name and operate as a portfolio company of Riverstone following the completion of the transaction. 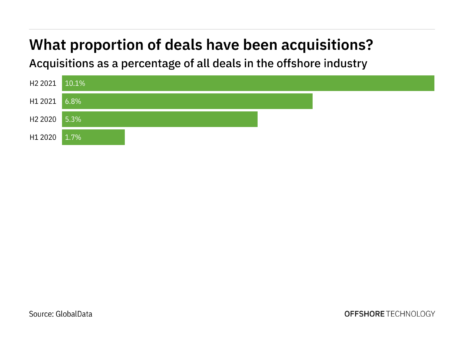 The deal comes after Macquarie said in October last year it would pursue strategic alternatives that could include the sale of the company or one or more of its operating businesses.

Another notable deal came out of Denmark, after state-owned transmission system operator Energinet said it sold the domestic gas distribution grid company, Evida, to the country’s Ministry of Finance for $656 million.

The government took over Evida’s 440 staff, 20,000 kilometers of underground gas pipes and responsibility to supply more than 400,000 households and companies on 1 December.