In the last few weeks, Covid-19 coronavirus infections have spread across offshore facilities. In the North Sea, at least two medical evacuations have brought workers onshore after displaying coronavirus symptoms. Offshore Technology looks at the timeline of the spread so far.

On 19 March, a worker was flown from BP’s Brent Charlie Platform, east of the Shetland Islands. The individual showed signs of coronavirus and was taken onshore.

On 27 March, Hurricane Energy confirmed a case the Lancaster field, where it operates. The coastguard sent an emergency helicopter to the Aoka Mizu floating production, storage and offloading facility. There they airlifted out a worker in a “life and death situation”.

On 30 March, an employee of services provider Stork was airlifted onshore from the Elgin platform, operated by Total. The companies later confirmed the worker had died two days later, at home in Sheffield. While Upstream reported the worker had been airlifted in a helicopter outfitted for suspected coronavirus patients, the death has not been confirmed as being caused by Covid-19. 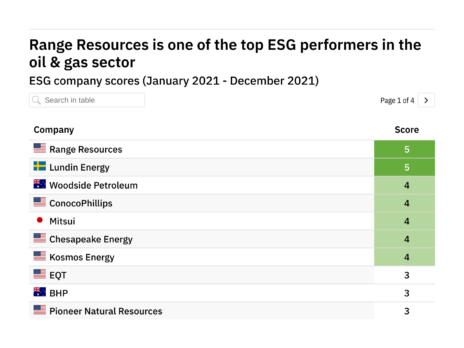 On 3 April, a worker on the Ninian Southern platform was flown to hospital. There, they tested positive for the presence of coronavirus, as later confirmed by Canadian Natural Resources International. The company also told Energy Voice the worker was removed for reasons “not directly related to symptoms consistent with Covid-19”.

Coronavirus cases step up this week

A worker was taken from BP’s Clair Ridge Platform on 6 April after testing positive. They were taken onshore, and discharged from a Shetland hospital to isolate at home.

The next day, producer Spirit Energy announced it was suspending production on the Chestnut field. One confirmed and one suspected case of Covid-19 were evacuated from the field in the days before.

Offshore services operator TechnipFMC confirmed several coronavirus cases on board one of its North Sea vessels on 8 April. After a crew change, the Deep Discoverer diving support ship held two cases of Covid-19 with symptoms. TechnipFMC also said there were “a number of positive asymptomatic cases”.

Trade body Oil and Gas UK (OGUK) holds a weekly briefing on the progress of coronavirus. Today, health and safety director Trevor Stapleton said he was “aware of two cases, possibly three” which had resulted in medical evacuations so far. However, he could not confirm these as being Covid-19 as the medical information was confidential.

Because of this confidentiality and the fact all tests are carried out onshore, OGUK did not have a total number of cases confirmed on the UK continental shelf.

Stapleton also said the number of cases offshore “was not out of kilter with the general population”.

OGUK was advised by Health Protection Scotland that coronavirus cases with no symptoms had “very low” risk of infection and could be safely deployed to the North Sea.

Stapleton said it may not always be possible to maintain social distancing, but the trade body was advising operators to let workers sleep in single rooms and to stagger lunch breaks to reduce crowding in canteens.

He said: “The strategy is reducing footfall, getting down to minimum manning levels while still operating safely. At minimum manning, there is more opportunity for putting people in single cabins. There are however times when, for safety reasons, operators will need to bring more people out, in which case single occupancy isn’t possible.”

The trade body has asked authorities for offshore workers to be prioritised for testing when it becomes available beyond the healthcare system.

Stapleton said: “We’ve got to agree a structure of who gets the first shot at testing. Authorities are listening to us, because we are so unique, and it’s not easy to get immediate treatment to [offshore workers].”

“In my mind, the offshore workforce should be near the top of the priority list, but at the moment we haven’t any indication as to the next round of testing.”

Some offshore workers have said safety protocols are not being followed. Stapleton advised workers they should inform their safety or union representatives, or to tell OGUK or Step Change in Safety. He said: “Only by getting this feedback can we go to operators and try to make a difference.”

Other countries have taken precautions against the spread of Covid-19, such as in Nigeria where social distancing is enforced on offshore facilities.