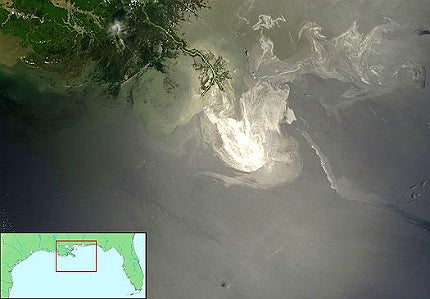 British oil and gas giant BP will face a fine of up to $18bn (£12bn) during the second round of its legal trial over the 2010 Gulf of Mexico oil spill incident.

The fine is said to be more than five times the $3.5bn set aside by the company to settle the case.

The second trial, which will last for a month, will initially look into the efforts put in by the company in sealing the spewing oil well, which leaked oil for 87 days.

Center for Biological Diversity calls for end to Californian fracking

Center for Biological Diversity has issued a notice letter to the US Government, which allowed offshore fracking in waters off California’s coast, without analysing risks to human health and endangering marine species, such as whales and sea turtles.

The notice stating that the government is violating a key national environmental law has been filed with two federal agencies in charge of regulating offshore oil development.

The Bureau of Ocean Energy Management and the Bureau of Safety and Environmental Enforcement are urged to suspend any operations involving hydraulic fracturing off California’s coast according to the notice letter.

The EU has granted €34m to develop small-scale infrastructure for LNG as an efficient and cleaner alternative for fuel oil and diesel in the North and Baltic Sea region.

The Dutch-Swedish LNG partnership is said to involve the ports of Rotterdam and Gothenburg, together with gas infrastructure companies Gasunie in the Netherlands and Swedegas in Sweden and Vopak, the international tank storage provider.

Created as part of a knowledge transfer partnership (KTP), the technology, dubbed V-Sentinel, has been designed to provide autonomous condition monitoring of subsea control systems and allows operators to take preventative action by flagging up potential faults.

Commenced in October 2011 in partnership with Viper Subsea Technology, the £122,500 project aims to develop a new solution, allowing operators to carry out predictive maintenance of subsea control equipment to reduce repair costs, while reducing the risk of serious accidents.

BP has won a legal reprieve from the US Fifth Circuit Court of Appeals in New Orleans, with regard to a certain settlement related to the Gulf of Mexico oil spill that took place in 2010.

The federal appeals court directed judge Carl Barbier to take a fresh look at which claims are valid.

The UK’s oil and gas giant has repeatedly mentioned the misinterpretation of the terms of a settlement, which was reached in 2012 by Barbier and claims administrator Paul Juneau, who was appointed by the court.

Norway’s Statoil has announced a NOK40bn ($6.79bn) project to build a new drilling and processing platform at its Snorre field in the North Sea, in a bid to extract another 300 million barrels of oil.

Total investments include platform, infrastructure and drilling of wells, while the latest announcement is also aimed at extending the improved oil recovery (IOR) project lifetime to 2040.

With a capacity of 140 single cabins, the new platform will drill 40 new wells for production and injection of water and gas and the drilling facility will have a reach of 7,000m.

Rolls-Royce will supply thrusters and deck machinery for two semi-submersible drilling rigs, to be built by Samsung Heavy Industries in Korea for Stena Drilling as part of a contract.

According to Rolls-Royce the contract, valued at around £22m, includes options for deliveries to three additional rigs.

To be built for worldwide operations, including in the rough North Sea, the two Moss CS60 harsh-environment semi-submersible drilling rigs are set to be delivered in 2016.

Lundin Norway has encountered an oil column of around 6m in sandstone of Upper Jurassic age at the Johan Sverdrup appraisal well 16/5-4 in PL501, Norway.

Located at the south-western flank of the Johan Sverdrup discovery, the well was drilled 4km south-west of appraisal well 16/5-2S and 3km south-east of well 16/5-3 (PL502).

An oil-filled 6m gross reservoir section of sand with a high net-to-gross ratio was discovered at the well.