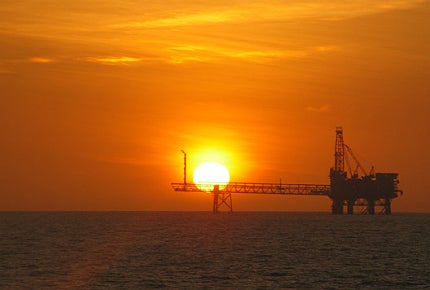 Brazil to auction oil and gas blocks in October

The Brazilian Government will hold an auction to sell blocks in some of its most promising offshore oil and natural gas blocks in October, one month earlier than expected.

Reuters quoted GloboNews as saying that the auction date has been moved up, to take advantage of the strong demand for high-risk frontier areas that was witnessed at a 14 May auction.

Russian energy giants have poor environmental and safety records, lack transparency and experience in offshore drilling, and are dependent on a Kremlin power struggle over energy policy, according to a new report by Greenpeace, Platform and ShareAction.

According to the report, major western oil and gas firms planning to collaborate with Russian energy giants, to gain access to the country’s Arctic resources, are gambling shareholders’ money on "a five-bullet Russian roulette".

The European Union (EU) Parliament has approved a new directive on the safety of offshore oil and gas operations.

Oil and gas companies will have to prove their ability to cover potential liabilities from their operations and submit major hazard reports and emergency response plans before commencing any drilling operations in EU waters.

MEP Ivo Belet (Epp, BE), who steered the legislation, said: "We need more important standards when it comes to risk management. We believe that the rules we are currently coming up with can be used as a template at international level."

UK-based energy firm BP is said to be considering asking UK Prime Minister David Cameron to intervene over the spiralling cost of compensation that US companies are demanding, in connection to the damages caused by the 2010 Gulf of Mexico oil disaster.

According to BBC business editor, Robert Peston, the company believes its financial revival is in trouble as the compensation system is being abused.

The company is also concerned that the financial burden of paying fictitious and inflated claims could make BP a takeover target and hopes the UK PM will raise the issue with the US Government.

Investigators from the European Commission (EC) carried out raids at BP’s offices in Canary Wharf and Shell’s offices in central London and Rotterdam, as part of a probe into alleged price fixing in Europe.

Raids were also conducted at the London office of price-reporting agency Platts and the Stavenger office of Norway’s Statoil.

Prices reported by agencies such as Platts are used as benchmarks for trade in a huge number of products, including the petrol prices.

Shell to drill deepest offshore well in Gulf of Mexico

Royal Dutch Shell announced that it has decided to proceed with its plan to develop the world’s deepest production facility, the Stones ultra-deepwater project, in the Gulf of Mexico.

The project will include the construction and fabrication of a floating production, storage and offloading (FPSO) vessel and subsea infrastructure.

Strict post-Macondo regulations have impeded US oil and gas operators’ appetites to take risks and left them worried about rising operating costs, according to a new research report released by GL Noble Denton.

The report found that despite new regulations, the majority of operators believe the US will continue to be a leading oil and gas investment destination, and that the changes are necessary to improve the safety and reputation of the industry.

GL Noble Denton published the findings in its new report, ‘Reinventing Regulation: The impact of US reform on the oil and gas industry’.

The Lebanese Government opened the first oil and gas licensing round for offshore drilling and exploration in the east Mediterranean on 30 April.

Caretaker Energy Minister Gebran Bassil was quoted by The Daily Star, a Beirut-based pan-Middle East newspaper, as saying: "The energy minister is authorized to extend the bidding period [for a duration of time] equal to the time lost, if the two decrees are not issued by the Cabinet before [September] 2."

The decrees, which demarcate the ten offshore exploration blocks and form a revenue-sharing model, have to be passed by the Cabinet before any contracts are awarded.