Sign up here for GlobalData's free bi-weekly Covid-19 report on the latest information your industry needs to know. 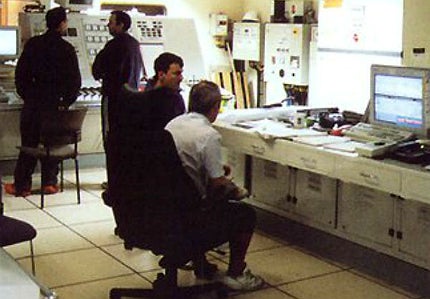 Malcom Webb is chief executive of Oil & Gas UK, the leading trade association for the UK offshore oil and gas industry. Prior to joining the organisation (then called UKOOA) in February 2004, he spent three years as director general of the UK Petroleum Industry Association (UKPIA).

Julian Turner: Please give a brief overview of Oil & Gas UK’s remit, and its relationship to both the oil and gas industry and the UK Government?

Malcolm Webb: Oil & Gas UK is the leading trade association for the UK offshore oil and gas industry. We have almost 370 members from across the supply chain, everybody from the super majors to small and medium-sized enterprises (SMEs).

We have three objectives. First, maximising the recovery of the UK’s oil and gas resources. Second, promoting the long-term sustainable future of the supply chain.

Finally, and this is a new goal that we introduced two or three years ago, raising awareness of our industry among the general public.

We have some really alarming public polls that show a lot of people think the UK offshore industry is dead and buried. In reality, 2013 has witnessed the highest level of capital expenditure in the UK North Sea in its history.

“2013 has witnessed the highest level of capital expenditure in the UK North Sea in its history.”

MW: During discussions with the Department of Business, Innovation and Skills (BIS), led by Vince Cable MP, the government put forward the idea of developing an industrial strategy governing our industry.

We thought this was an excellent idea; in fact, one might reflect on why an industry as important as this one – the largest investor in the UK for the past 35 years – hasn’t had some form of government strategy in place before.

We worked together on developing the draft policy and I am pleased to say that it was a relatively collaborative act.

JT: What has been the reaction to the new strategy among Oil & Gas UK member companies?

MW: This document doesn’t seek to reinvent the wheel. We already have strong collaborative arrangements with the Department of Energy through the policy advisory group PILOT, with the UK Treasury through the Fiscal Forum, and with the Health and Safety Executive through the Step Change in Safety initiative.

The action plan embraces these existing arrangements. It’s a practical, business-like document that sets out a number of achievable deadlines and it has been well-received within the industry.

JT: How does the new government action plan address the problem of skills shortages in the UK oil and gas industry?

MW: I’m not sure that we see the great crew change issue in the same way as other parts of the industry around the world. If you talk to larger oil and gas companies, they tell us they have no problem around graduate recruitment, nor do we seem to have a problem recruiting entry-level technicians. The particular challenge where the UK is concerned relates to experienced personnel.

“What has dogged this industry for decades is that we have not had certainty around the availability of decommissioning tax relief.”

The oil and gas industry is experiencing a global boom and if you have Aberdeen in your passport, that’s a sign of quality. It is a premier basin and has been at the forefront of tackling most of the industry’s offshore challenges, including deepwater and high pressure, high temperature (HPHT) exploration, as well as being a global leader in subsea engineering.

The workforce here is therefore highly experienced and highly valued, so the challenge at the moment is retaining experienced engineers. We are now much better at doing that; for example, during the 2008 recession, the industry did not lay off labour but instead kept on recruiting sensibly.

We’re looking at retraining former military personnel since they deal particularly well with the offshore environment, and we’re also focusing on other parts of the economy.

JT: Which new recovery technologies will have the greatest impact on the UK oil and gas sector?

MW: Enhanced oil recovery (EOR) is a very exciting potential technology for mature basins such as ours, since we have recovery factors of less than 50% in almost every oil field that has been decommissioned in the North Sea to date.

There is a concern that the UK industry has a very conservative attitude towards technology; equally, I’ve heard the opposite case made. We’ve got to find out the truth and if we are too conservative, we must stimulate the uptake of appropriate technology.

JT: What new measures are being put in place to strengthen the UK supply chain?

MW: The UK oil and gas supply chain exports around £7bn a year in oil field goods and services, and we see its presence in international markets growing very strongly.

When we talk about the economic contribution of our industry, I think too often we focus on the fiscal contribution, the production taxes we pay, when actually the overall economic and social contribution that we make is huge.

A total of 440,000 high-tech, well-paid, long-term jobs rely on the UK oil and gas industry, so it’s hugely important that we recognise and support the supply chain.

JT: Can you talk in more detail about the significance of the government’s programme of tax allowances on decommissioning projects?

MW: The tax allowances were very important. Projects that were made uncommercial by the 2013 budget suddenly became commercial again, and that’s where the industry growth came from.

What has dogged this industry for decades is that we have not had certainty around the availability of decommissioning tax relief. The problem is that those reliefs are only available to companies at the time that they incur the decommissioning expenditure – but what if the tax system changes at a later date?

We’ve found a way through it with what is essentially a contract between the oil companies and the UK Government, stating that if the rules do change, they’ll pay the difference. It’s taken away the fear that a future government will pull the rug from under our feet and that’s very important.

The other thing that it’s done is enable the industry to relook again at decommissioning security arrangements, which can now be put in place on a post-tax basis because we know the government tax reliefs are going to come. That will release further development capital, particularly for SMEs.

JT: Can you talk about any major projects in the pipeline on the UK Continental Shelf (UKCS)?

“The UK oil and gas supply chain exports around £7bn a year in oil field goods and services.”

MW: There are some big projects out there.

To the west of Shetland you have BP’s massive extension of Clair Ridge, the refurbishment of the Schiehallion oil field and Chevron’s Rosebank discovery.

JT: How does the new action plan address personnel safety and environmental concerns?

MW: I’m very proud to say that safety is first in the action plan’s list of objectives. We have just been through a very painful anniversary, of course, and we approached that in two ways.

One, by respectfully rededicating the memorial at Hazelhead Park [in Aberdeen] and secondly by running Piper 25, a major safety conference looking at the protection of individuals and the environment.

I’d also say that, because of the Piper Alpha disaster, we live in a different regulatory environment to other parts of the world. We operate within the Safety Case regime, which hasn’t currently been adopted in the US.

Oil & Gas UK believes that the goal-setting safety regime is the right way forward and our safety regime in this country is in the top league worldwide.

Roundtable: how to plug the offshore industry’s skills gap

As investment in the UK North Sea hits record levels, companies fear an industry skills shortage could be the biggest barrier to future growth.

Size of the matter – offshore ergonomics prepares for an overhaul

A new study measuring the size of offshore oil and gas workers’ bodies is currently underway, with the aim of improving ergonomic safety on rigs.