The midstream segment contracts in North America registered an increase of 100% with 12 contracts in October 2021, when compared with the previous month’s total of six contracts, according to GlobalData’s oil and gas contracts database.

A total of 12 contracts were registered in the midstream segment of North America during the month, when compared with the last 12-month moving average of 19 contracts. 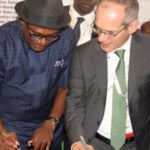 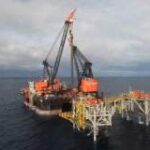 In October 2021, the US led the activity with five contracts and a 42% share of the midstream oil and gas contracts in North America. It saw an increase of 25% over the previous month’s total of four contracts and a decrease of 67% when compared with the last 12 month-average of 15 contracts in the US.

In second place was Bermuda with two contracts and a 17% share, followed by Canada with one contract and an 8% share.

Based on 12-month moving average of the contracts in the midstream segment of North America, the US took the top spot with 15 contracts, followed by Canada and Bermuda with three and one contract, respectively.

During the month, the majority of midstream segment contracts awarded in the North America were in the operations & maintenance with seven contracts, followed by procurement and design & engineering with four and three contracts, respectively.