The activity marked a decrease of 30%, when compared with the last 12-month average of 23 contracts.

Looking at contracts by country, Brazil led the activity in October 2021 with seven contracts representing a 44% share of all the oil and gas contracts, followed by Colombia and Peru with two contracts and a 13% share each. It saw a decrease of 36% over the previous month’s total of 11 contracts and a decrease of 46% when compared with the last 12 month-average 13 contracts in Brazil. 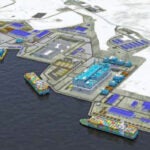 Based on 12-month moving average, Brazil took the top spot with 12 contracts, followed by Guyana and Colombia with three and two contracts, respectively.

Looking at oil and gas contracts by segment in South America, upstream segment contributed the most in terms of the contracts awarded, with 14 contracts in October 2021, followed by midstream with one contract.

Contracts by scope of work in South America during October 2021

During October 2021, the majority of the contracts awarded were in the operations & maintenance space with 10 contracts, followed by procurement and design & engineering with four and three contracts, respectively.