Norwegian oil and gas company Aker BP has awarded new contracts to alliance partners as part of its efforts to extend the life of and improve value creation from the Valhall field.

The contracts, valued at approximately $48.5m (Nkr440m), were awarded to Aker Solutions, ABB, and Subsea7.

The contracts will cover a new central platform on Valhall and a new platform and tie-in of the King Lear field.

Aker BP Operations and Asset Development senior vice-president Ine Dolve said: “This is an important milestone in the further development of the Valhall area. Through this development, Aker BP can maximise value creation from an existing field. 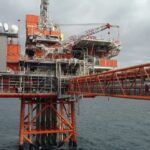 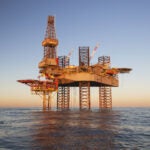 “Moreover, it will contribute to significant value creation for Aker BP, its partners, owners, and the Norwegian society.”

The contract involves a new process and wellhead platform (NCP) with a bridge connection to the Valhall field centre, and an unmanned platform on King Lear  approximately 50km from the field centre.

New infrastructure on the seabed will also be deployed to connect the two fields.

The company also plans for a total of 19 wells to be built and for modification work to be done to the Valhall field centre.​

Dolve added: “This development will allow Aker BP to secure continued high production from the Valhall field centre and the flank platforms in the area after 2028.

“The development also provides access to resources from Valhall and King Lear. Aker BP is planning pre-investments for extra well space on both installations and secure flexibility to tie in of new discoveries as there is still additional upside potential in the area.”

Aker BP’s partners in the Valhall licence and King Lear are Pandion Energy and PGNiG, respectively.

The company plans to make a final investment decision and submit development and operations plan later next year. Production is expected to begin in 2027.