State-run company Energia Argentina has signed a contract with pipeline manufacturer Tenaris to complete a pipeline intended to supply natural gas from the Vaca Muerta shale formation in Argentina, Reuters has reported.

The contract marks a ‘critical step’ toward the completion of the 563km gas pipeline project, which will connect the Neuquen province with Salliquelo, an area west of Buenos Aires.

The pipeline is expected to help Argentina reduce costly liquefied natural gas (LNG) imports and reverse the energy deficit in the country.

The gas pipeline is expected to provide a 25% boost in the gas volume transferred from the Vaca Muerta mega field. 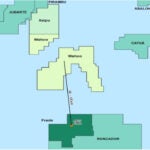 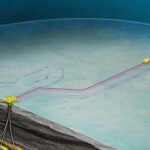 The new pipeline will transport natural gas from Treatyén, Neuquén. It will cross the provinces of Río Negro, La Pampa, and Buenos Aires to reach Santa Fe.

The project is being developed in phases with the first-phase construction work anticipated to be completed in around 18 months.

It is expected to add additional 24 million cubic metres of gas into the country’s network per day by late 2023, a government source previously told the news agency.

With the capacity to transport 44 million cubic metres of gas daily, the new pipeline project is expected to expand the South American country’s network capacity.

The Vaca Muerta is said to the fourth largest unconventional oil reserve in the world and second largest gas reserve.

Earlier this year, Reuters reported that Argentina was seeking bids for the construction of the pipeline project from the Vaca Muerta shale gas reserves.