Australia is considering whether to restrict liquified natural gas (LNG) exports after a watchdog proposed restrictions, warning that one of the world’s largest fuel exporters might face a shortfall and skyrocketing costs next year.

The Australian Competition and Consumer Commission’s (ACCC) proposal comes as the country suffers a local supply shortage while competing with Qatar and the US to be the largest LNG exporter globally.

If enforced, the proposal might influence fuel supplies and costs for a wide range of global consumers, who have already been impacted by the consequences of Russia’s war on the gas market.

The ACCC said in its latest report: “This could place further upward pressure on prices and result in some manufacturers closing their businesses, and some market exit has already occurred.” 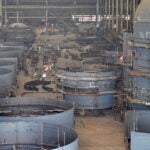 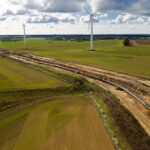 The ACCC warned that more gas could be needed to compensate for diminishing output at offshore sources that have traditionally supplied Australia’s populated east coast, which is home to about 90% of the country’s population.

The gas output from Australia’s offshore resources in the southeast, which have traditionally fed the populated east coast, is dropping, and pipeline capacity to transfer gas south from LNG producers is limited.

The call for action suggests that the government should activate the Australian Domestic Gas Supply Mechanism, a 2017 mechanism that can be used to force the east coast’s three LNG exporters to redirect gas to the domestic market to avoid shortfalls.

This might have ramifications for LNG joint ventures led by Shell, Origin Energy, and Santos, PetroChina, ConocoPhillips, Sinopec, Korea Gas Corp, TotalEnergies, and Malaysia’s Petronas are among their partners.

According to the commission, LNG exporters are expected to withdraw more gas from the domestic market than they intend to supply. A shortage of 56 petajoules, equivalent to about 10% of demand or 14 LNG cargoes, is now projected.

The commission not only predicted a shortfall in 2023 but also stated that it was “strongly pressing LNG exporters to immediately expand their supply into the (Australian) market”.

The Australian Domestic Gas Security Mechanism was extended until 2030 by Resources Minister Madeleine King on Monday. She also stated that she was working to improve the measure, possibly by introducing a price trigger.

According to her, the ACCC research raises concerns about exporters’ “social licence”, as LNG companies’ commitment to servicing the local market has gradually fallen since 2017.

She further stated that it was pointless to try to disrupt long-term contracts that had supported the development of the major LNG export business.