Analysis of the poll responses recorded in June shows that optimism regarding future growth prospects improved to 60% from 59% in May.

The respondents who were pessimistic remained unchanged at 10% in June, while those who were very pessimistic decreased to 15% in June from 16% in May.

The percentage of respondents who were neutral (neither optimistic nor pessimistic) remained unchanged at 15%. 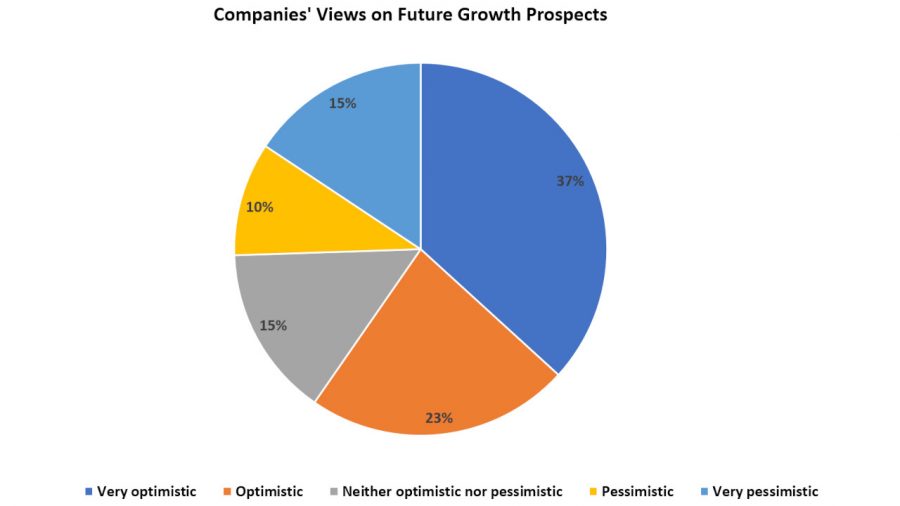 The analysis is based on 1,928 responses received from the readers of Verdict network sites between 01 June and 30 June 2021.

Business optimism across the US and Europe improved to positive territory as restrictions were lifted, and rate of vaccinations increased. The Conference Board’s monthly consumer confidence index in the US, for example, increased to 127.3 from 120 in May and is the highest recorded since the onset of the pandemic. The Present Situation index that evaluates consumers’ assessment of current business and labour market conditions also increased to 157.7 from 148.7.

Optimism among businesses in Canada also improved to near pre-pandemic levels, according to a survey by the Bank of Canada. Majority of the firms expect sales to return to pre-pandemic levels except for those in high contact sectors such as restaurants. Further, the Canadian Federation of Independent Business’ Business Barometer® index for small businesses over the short and long-term improved by four points to 70.1 compared to May. The improvement was attributed to easing of restrictions, vaccine rollouts and lower hospitalisation rates.

Business confidence surged to highest levels since 2016 in the UK as coronavirus restrictions were lifted. The Recruitment & Employment Confederation’s measure of business confidence increased by 21 percentage points to +11, moving into the positive territory for the first time in three years. Labour shortage, however, is threatening to impact the projected recovery of the economy. A survey by the Institute of Directors (IoD), a body for business leaders, showed that optimism among business leaders nearly doubled compared to Q1.

Similar improvements were witnessed in Germany where business confidence increased to 101.8 in June from 99.2 in May, which is the highest since November 2018. Singapore’s purchasing managers’ index (PMI) in June also increased by 0.1 point to 50.8 compared to the previous month, according to the Singapore Institute of Purchasing & Materials Management (SIPMM).