A crude oil storage tank fire at Cuba’s main port killed a man and injured 121 others in Monday’s explosion at the storage tank. The tank was third to the explosion that occurred on Saturday. A fourth tank was under threat, but it has not caught fire yet.

An oil spill spread flames from a second tank, bursting into flames two days earlier in the island’s worst oil industry mishap in decades, according to the regional governor.

A fire spread to a second tank after a bolt of lightning struck a tank at the Mantanzas Supertanker Base.

After receiving assistance from Mexico and Venezuela, Cuban authorities made progress fighting the raging flames over the weekend. Late on Sunday, the fire spread from the second tank, which then collapsed, says Mario Sabines, governor of the Matanzas province, about 100km (60 miles) from Havana. 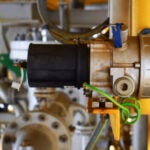 Cuban President Miguel Díaz-Canel said that the US offered “technical support”, although it seems unclear whether Cuba accepted the help.

The US embassy in Cuba tweeted that the US law authorises US entities and organisations to provide disaster relief and response in Cuba.

Cuba relies on oil for much of its electricity generation. Matanzas is Cuba’s busiest port for importing crude oil and petroleum. Heavy crude from Cuba, as well as fuel oil and diesel, are kept in Matanzas.

Sabines stated that flames spread like an “Olympic torch” from one tank to the next, transforming each into a “cauldron” that engulfed the entire region. While three tanks were set ablaze and billowing black smoke, dealing with the situation was “difficult”.

Cuba’s Ministry of Energy and Mining tweeted on Monday: “Right now the situation is very complex at the #Matanzas Supertanker Base. Explosions continue to occur. The place cannot be accessed.”

According to the Cuban presidential office, the nation’s level of electricity demands reached far above capacity on Sunday. Officials have not yet released information on how much oil was lost to the fire.

Jorge Pinon, director of the University of Texas at Austin’s Latin America and Caribbean Energy and Environment said that more than 90% of the power grid depends on local and imported fuel.

He continued: “The key questions now are where Cuban crude oil production will go to generate fuel for electrical use as it is only connected by pipeline to Matanzas.”