Norwegian company DOF Subsea has secured a long-term contract from the Petrobras-led Libra Consortium for operation activities on the Brazilian continental shelf at the Mero field.

The field is an ultra-deepwater oilfield situated approximately 180km offshore Rio de Janeiro in the Libra block, Brazil. It is located in the pre-salt area of the Santos Basin. 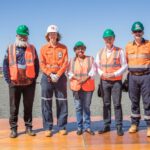 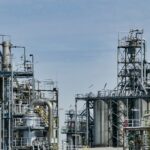 As part of the contract, DOF Subsea Brazil holds responsibility for the ROV operations while Norskan will be responsible for marine operations.

Both DOF Subsea Brazil and Norskan are fully owned subsidiaries of DOF ASA.

So far, DOF has been securing many contracts in Brazil and signed approximately $250m worth of deals since June.

DOF Group CEO Mons S Aase said: “I am very pleased over being awarded this long-term contract with Petrobras.

“The award further strengthens DOF’s position in the IMR market in Brazil. DOF Subsea is dedicated to delivering efficient services without compromise to safety.”

The Mero-3 FPSO is expected to commence operation in the first half of 2024.