GAIL, India’s largest gas distributor, has begun gas rationing, reducing supply to fertiliser plants and industrial clients after supplies were restricted under its arrangement with a former unit of Russian energy giant Gazprom, according to Reuters.

Reduced gas supply will have an impact on India’s urea output, and further cutbacks will boost soil nutrient imports, according to the fertiliser sector.

A subsidiary of Gazprom Germania, Gazprom Makreting and Trading Singapore (GMTS) has failed to transport liquified natural gas (LNG) cargoes to GAIL. It says long-term deals may not meet the required supplies in the future.

GAIL imports and distributes gas and controls India’s largest gas pipeline network, and according to sources, it has reduced supplies to some fertiliser plants by 10% and limited gas sales to industrial clients to the lower tolerance range of 10%-20%. 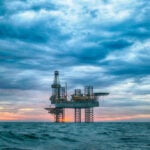 According to those sources, the state-run business is running its petrochemical facility in Pata, northern India, at roughly 60% capacity to save gas for other clients. GAIL has scheduled some units of the 810,000-tonne-per-year plant for advanced maintenance shutdown.

An industrial customer has said that GAIL has limited its gas amounts to a ‘take or pay level’, the lowest level at which the customer will not be able to penalise the distributor.

Sources told Reuters that Indian customers will not be able to afford costly spot gas and that GAIL has repeatedly written to Gazprom Germania about the supplies.

In 2012, GAIL had agreed to a 20-year contract with Russia’s Gazprom for annual imports of an average of 2.5 million tonnes of LNG. The contract’s supplies began in 2018.

GMTS executed the agreement on behalf of Gazprom. Gazprom Germania was a division of the Russian state corporation at the time.

However, in response to Western sanctions imposed on Russia for its invasion of Ukraine, Gazprom relinquished ownership of Gazprom Germania in early April without explanation and subjected parts of it to Russian sanctions.