Global crude oil prices have increased over hopes that OPEC+ producers might decide against increasing the oil output at a planned meeting and drop in fuel inventories in the US.

“Perhaps more interesting is the lack of US shale response to the higher crude oil prices, which is favourable for higher prices.” 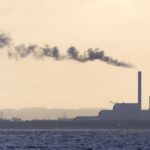 Three OPEC+ sources told Reuters that the Organization of the Petroleum Exporting Countries (OPEC) and allies, together called OPEC+, are considering reducing crude oil production into April as concerns grow over oil demand due to the Covid-19 crisis.

At the meeting scheduled on 4 March, the OPEC+ is expected to make oil production cuts by around 500,000 barrels per day (bpd), effective from April.

ANZ said in a report: “OPEC+ is currently meeting to discuss its current supply agreement. This raised the spectre of a rollover in supply cuts, which also buoyed the market.”

Meanwhile, the crude oil stockpiles in the US rose by a record of more than 21 million barrels last week.

This is due to all-time low refining capacity last week in Texas cut due to the freeze, which knocked out power in the region, according to the news agency.

The US Energy Information Administration was cited by Reuters as saying said that as a result of the freeze, a dramatic drop in gasoline and distillate inventories were witnessed, mainly in the Gulf Coast region.