Operations were discontinued at the refinery in 2020.

Neste is expected to contribute a total of $1bn for the project, including half of the full project development costs estimated through the completion of the project. 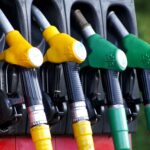 Marathon will be responsible for managing the completion of the project, as well as operation of the facility upon completion.

“This strategic partnership also creates a platform for additional collaboration within renewables.”

The first phase of the facility is planned to be mechanically complete by end of this year and have an initial production capacity of 260 million gallons per year of renewable fuels.

The JV plans to start pre-treatment capabilities at the plant in the second half of 2023. The facility is expected to have a production capacity of 730 million gallons per year by the end of the same year.

Neste president and CEO Matti Lehmus said: “The partnership strengthens our footprint in the United States, with a renewable diesel production facility in the growing California market.

“This positions Neste as a global producer of renewable diesel, sustainable aviation fuel, and renewable feedstock for polymers and chemicals, with production operations in Asia, Europe, and North America.”