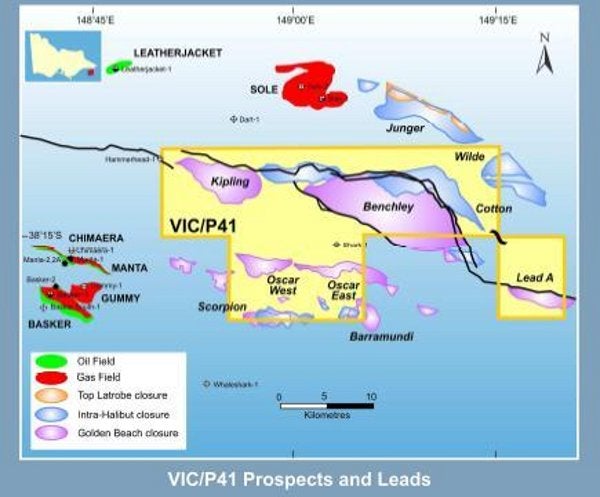 Australia-based Bass Strait Oil Company has been granted a new five-year term for exploration permit Vic/P41 in the Gippsland Basin, offshore the state of Victoria.

The Vic/P41 exploration permit is located 40km from the coast in water depths ranging 80-250m.

The 540km2 permit area includes the Kipling and Benchley prospects and Lead A, all of which are on trend with and analogous to the Kipper field, which lies 20km to the west.

The primary term work programme commitment is to gather 3D seismic data over the Lead A area of the permit and carry out simultaneous seismic inversion of that data.

The Lead A area, together with the inverted Oscar 3D, will provide a consistent data set from which to determine the optimal exploration drilling target to test the Golden Beach play.

The Vic/P41 joint venture is in continuing dialogue with potential farm-in partners.

Bass Strait Oil holds a 45% stake in the permit and is the operator, Moby Oil & Gas holds 25% and Strategic Energy Resources has 25%.

Oil Basins has a 5% stake, which could potentially increase to 12.5%.

This region offers access to prospects of material scale in world-class basins, a database of modern 3D seismic data, an established infrastructure and developing markets.