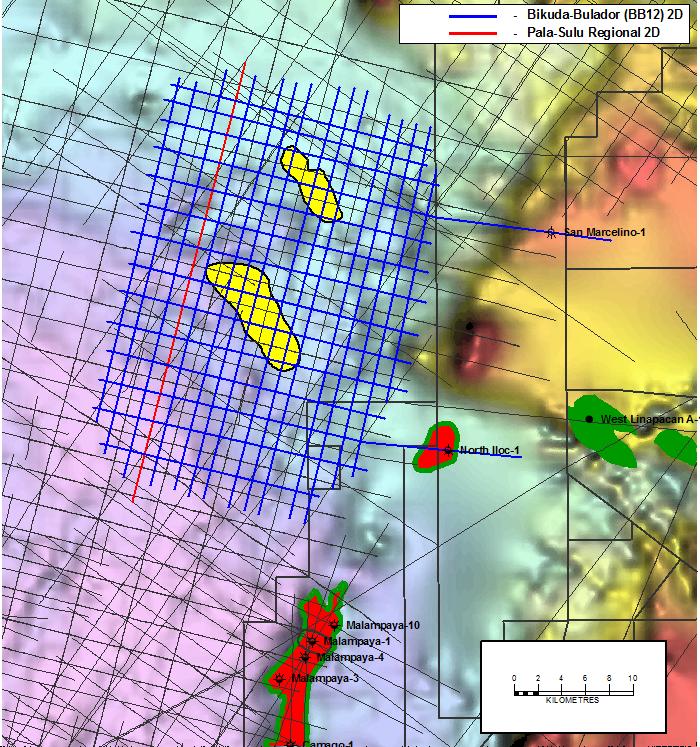 The programme comprises 1,000km of 2D seismic to be acquired over the greater Bikuda and Bulador prospect area in the northern sector of SC 58, where high-graded-by-subsurface work was undertaken in 2011. The objective of the survey is to mature the prospects to drillable status so they can be considered as candidates to meet the sub-phase 3 commitment well, which will be drilled before 12 January 2014.

The Nido limestone formation has proven to be oil and/or gas-bearing in the West Linapacan field, which is located 22km east in SC 14C2, and the Malampaya gas field, which lies 20km south in SC 38. Furthermore, the Bikuda and Bulador prospects are estimated to contain prospective oil originally in place of 937 million barrels and 814 million barrels, respectively, for the two primary reservoir objectives.

The survey, which will be acquired by Searcher Seismic using the Aquila Explorer 2D seismic vessel, is expected to take about ten days for completion.

Image: Nido is to acquire 1,000km of 2D data over the Bikuda and Bulador prospects in SC 58. Photo: Nido Petroleum.