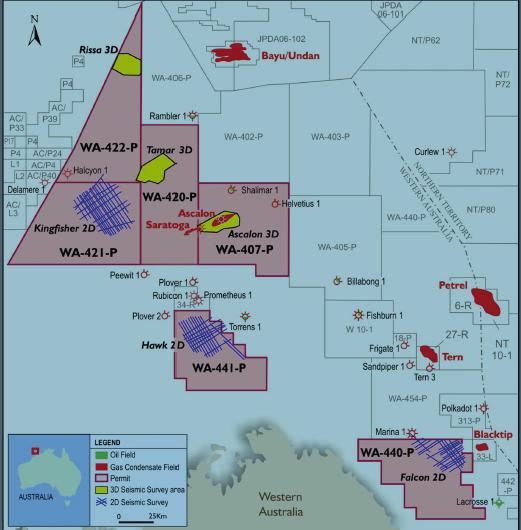 Australian firm Octanex has started its third and final 3D seismic survey in the Southern Bonaparte Basin, off the coast of Western Australia.

The Voyager Explorer is now on location on a north-east structural trend between the Saratoga-1 and Ascalon-1 gas discovery wells and is acquiring the Ascalon 3D survey.

It will cover 325km² of new seismic data and fulfil the remaining three-year work obligations of the WA-407-P permit to acquire a minimum of 200km² of new 3D information.

An additional three year work deal to reprocess a minimum of 2,000km of existing 2D seismic data was completed in 2011.

The aim of the Ascalon survey is to allow for more precise mapping of the Early Cretaceous Sandpiper formation sandstone play and the deeper Late Permian, as well as the Tern and Cape Hay sandstone plays of the Hyland Bay formation.

The survey, which is expected to take about 24 days to carry out, follows the recently acquired Tamar 3D survey in Block WA-420-P and the Rissa 3D survey, which was acquired over the WA-422-P area.