On Tuesday, unions extended a strike at Shell‘s Prelude floating liquefied natural gas facility until 11 August due to a long-running salary dispute.

The facility was shut down by the Anglo-Dutch energy giant and production was suspended in response to the strikes earlier this month. 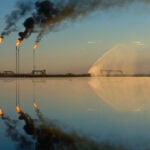 According to a Shell spokesperson, the lockout will be called off until “safety-critical” work has been carried out. “The safety of all people onsite and integrity of the facility remains our priority,” they said.

In a letter to employees, Prelude asset manager Peter Norman stated that the decision was made due to a lack of assurance from unions that vital work onboard the facility would be completed.

The letter also said: “If we had moved to a lockout, the current exemptions under the work bans covering this work would no longer apply, and we have no assurance from the union that they would maintain the exemptions to protect these activities.”

Australian Workers Union national secretary Dan Walton said that the claims made in the letter with regards to safety concerns were a “red herring”.

He said: “The union has been writing to the regulator about our safety concerns for over a year and we’ve clearly said we would drop any protected action if it was likely to jeopardise the safety of anyone.”

In the letter, Shell stated that they would pay pro-rate for those doing partial work because of the stoppages.

The National Offshore Petroleum Safety and Environmental Management Authority plans to visit Shell’s headquarters in Australia and will conduct an inspection at the premises this week, a spokesperson said.

During the strike, the corporation refused to meet with union representatives. Shell spokespersons have stated that the unit’s shutdown implies the business “cannot continue to operate in the same way”. The union has accused Shell of “stonewalling and unnecessary aggression and escalation”.