The US Department of Energy (DOE) announced on Monday that it would sell up to 10 million barrels of oil from the Strategic Petroleum Reserve (SPR) for delivery in November. A statement from the department said that it aims to help reduce consumer energy prices.

US President Joe Biden authorised the DOE to release up to 180 million barrels from the SPR to suppress soaring energy prices. Disrupted supplies of Russian oil exports have continued to inflate prices since the invasion of Ukraine.

Biden announced in March that SPR aimed to sell 180 barrels by the end of October. A DOE statement said that this release would “serve as a wartime bridge as domestic production – which is expected to reach a new record next year – ramps back up”. According to the department, only 155 million barrels have been sold, with the subsequent sale bringing the total to 165 million barrels.

News
German government announces a $197bn funding, including a cap on gas prices 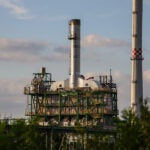 According to estimates from the American Petroleum Institute, US SPR crude oil inventories fell to 434.1 million barrels in the week ending 9 September. This marked a fall of 8.4 million barrels on the week before. The DOE intends to release up to 10 million barrels of sweet crude oil from the Big Hill and West Hackberry SPR storage sites in November. Contracts for this will be issued by October 7.

A recent US Treasury analysis said that SPR releases this year, combined with coordinated releases from international partners, have cut gasoline prices by up to 40 cents per gallon.

According to traders, US refiners are expected to acquire more Canadian oil after the Biden administration terminates SPR releases this fall. Doing so would in turn raise the price of Canadian barrels.

“As we look to the future, I think what you’re seeing right now is us evaluating the current market dynamics and making sure that our releases align with the needs,” a US official told Reuters.