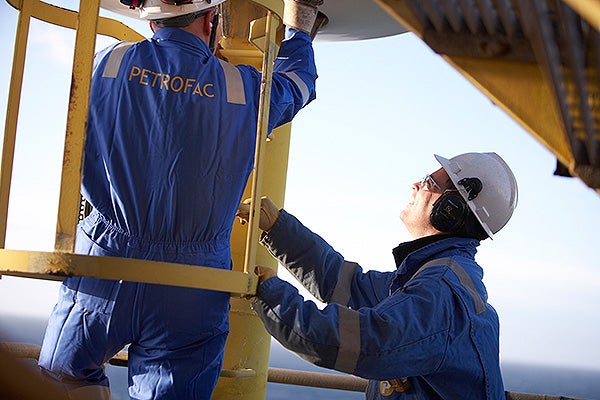 The field is being developed in two phases under a nine year risk service contract (RSC) awarded in January 2011 to Petrofac, Kencana Energy (Kencana) and Sapura Energy Ventures (Sapura). Petrofac holds 50% stake in the RSC, while Kencana and Sapura hold 25%, each. Kencana and Sapura further merged to form SapuraKencana Petroleum.

Under the RSC, Petronas remains the project owner, while the contractors/developers are the service providers. The award of this RSC also marked the start of development for the country’s marginal oil and gas fields.

The second phase, which is scheduled to be completed in 2015, will mark the end of the Berantai gas field development.

Natural gas from the field is currently being exported at 80million standard cubic feet per day (mmscfd). When fully operational, the field is expected to produce about 150mmscfd of gas and 10,000 barrels of oil.

“When fully operational, the field is expected to produce about 150mmscfd of gas and 10,000 barrels of oil.”

The MYR 2.56bn ($771.43m) offshore gas field development project is partly financed by Petrofac and partly by a consortium of four banks. The banks provided $300m loan in May 2013 for the development of the FPSO Berantai. The loan will be paid back by October 2019.

Phase one included the construction of a well head platform (WHP), a floating production storage and offloading (FPSO) facility, and drilling of 13 wells.

The FPSO vessel was converted at Keppel Shipyard and was officially named FPSO Berantai, in April 2012. The FPSO has a crude processing capacity of 35,000 barrels per day and an export capacity of 150mmscfd. The four storey FPSO is equipped with two control rooms, a gym and a TV room.

The nine-slot WHP, constructed to support the drilling of the wells, is connected to the FPSO by subsea flowlines. The legged jacket of the WHP weighs 1,600t, while the topside weighs 1,400t.

Phase two will include drilling of five additional wells and construction of a second nine-slot well head platform.

Export of gas from Berantai

The FPSO Berantai processes gas and exports it to the neighbouring Angsi Field via a 30km-long subsea pipeline. The gas is further exported to an onshore terminal at Kerteh. The oil produced from the field is stored in tanks within the FPSO and transported by shuttle tankers.

“The oil produced from the field is stored in tanks within the FPSO and transported by shuttle tankers.”

A joint venture of Larsen & Toubro (L&T) and Sapura installed the legged jacket and topside of the WHP, the subsea pipeline, eight anchor piles, and mooring chains for the FPSO mooring in the sea bed. Severn Glocon supplied 48 control valves for the project.

SapuraClough and Bombora-ESP developed the installation procedures for the FPSO floating hose hook-up.