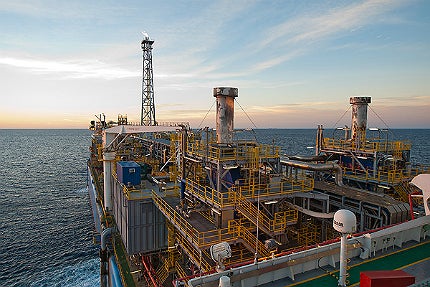 The Coniston Development Project is located in blocks WA-35-L and WA-44-R of Exmouth Basin in offshore north-west Australia, in water depths ranging between 40m and 400m.

The subsea development project was owned by the joint venture (JV) between Apache and INPEX until June 2015, when Apache exit from the project by selling its Australian exploration and production operations to a consortium of private equity funds managed by Macquarie Capital Group and Brookfield Asset Management. Apache owned 52.501% interest as the operator and INPEX holds the remaining interest in the project. The Van Gogh field was also owned by the same JV until the sell-off.

The oil reserves of the project are estimated to be 15.7 million barrels. First oil from the project was achieved in May 2015 with an average production of approximately 18,000 barrels a day during the first year.

"The subsea development project was owned by the joint venture (JV) between Apache and INPEX until June 2015."

The Novara field was discovered in 1989, whereas the Coniston field was developed in 2000. The Apache-INPEX JV acquired interests in the two blocks containing these oil fields from BHP Billiton in 2009.

The JV planned to develop the project as a tieback to the existing subsea infrastructure of the Van Gogh oil field in early 2011. The final investment decision on Coniston Development Project was taken by the JV in December 2011.

The Van Gogh oil project located 6km north of Coniston Development Project was discovered in 2003 and brought on stream in the first quarter of 2010.

The field is operated with 13 subsea wells tied into two large subsea manifolds, which are subsequently connected to the Ningaloo Vision floating production, storage and offloading (FPSO) vessel, owned by the JV, via flexible flow lines and risers.

"The FPSO underwent modifications and upgrades to accommodate the Coniston Development production."

Coniston production wells are connected to a new subsea manifold. Novara is installed with a pipeline end manifold (PLEM).

The subsea development included a new umbilical too, which connects the Coniston manifold, PLEM and the trees to the existing Van Gogh subsea infrastructure for chemical injection, control and monitoring.

The dry gas required for well gas lift is supplied from the FPSO through new 4in and 6in gas injection lines.

The fluid output of Coniston Development is processed by the Ningaloo Vision FPSO deployed for Van Gogh offshore oil operation.

Topside facilities of the FPSO vessel are purpose-built for on-board separation, stabilisation and dehydration of oil and gas drawn from the fields.

EMAS AMC, the subsea division of Singapore-based offshore service provider Ezra, was awarded a contract in February 2012 for transport and installation of subsea equipment, including the manifold, PLEM, umbilicals and flow-lines for the Coniston Development.

Initially valued at $70m, the scope of the contract also included the spool fabrication.

Enfield oil field is situated in Production Licence WA-28-L, within the Greater Enfield Area, about 49km off the coast of Exmouth in Western Australia.

The Bonaparte Liquefied Natural Gas (LNG) project covers the deployment of a floating, production, storage and offloading (FPSO) LNG facility in the Bonaparte Basin in the Timor Sea, off the northern coast of Australia.

Patola oil field is located at a water depth of approximately 280m, adjacent to the producing Bauna and Piracaba fields,…

The Belbazem offshore block, located approximately 120km north-west of Abu Dhabi in the UAE, is being developed by Al Yasat…

Haltenbanken East is a proposed multi-field development project located in the Norwegian Sea, offshore Norway. The project covers the collective…