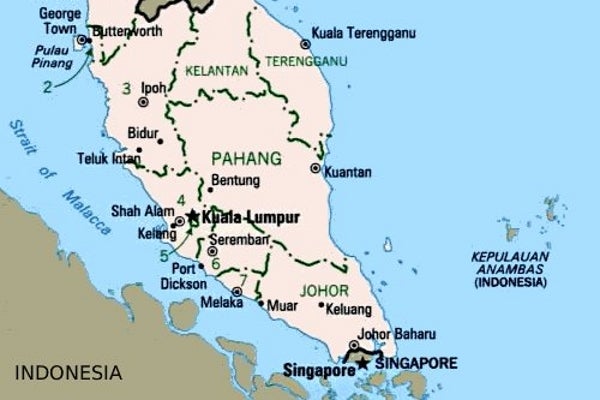 Damar gas field is located in Block PM303 and 200km off the east coast of Peninsular Malaysia, at a water depth of about 55m. The field is jointly owned by ExxonMobil Exploration and Production Malaysia (EMEPMI) and Petronas Carigali, and operated by EMEPMI. A gas production sharing agreement has been signed between the two partners.

The field produced first gas in February 2014, and is expected to produce 200million cubic feet of gas per day during peak hours. Onshore fabrication for the project was started in November 2012.

The Damar field was discovered in 1979 during drilling of the Damar-1 exploration well. Two wells named Damar-2 and Damar-3 were drilled in 1992 and 1995 respectively in order to delineate the field.

The field is estimated to contain about 801 giga cubic feet of gas in-place. It is expected to produce 192million cubic feet per day of gas and 170trillion barrels per day of condensate, at peak, by 2016.

"The 22km-long and 16in. diameter corrosion-resistant alloy (CRA) pipeline was installed by implementing S-lay method."

The Damar-A platform is tied back to the Lawit-A platform (Riser) by a pipeline. The 22km-long and 16in. diameter corrosion-resistant alloy (CRA) pipeline was installed by implementing S-lay method. Processing and filtering of the produced gas and condensate is performed at the Lawit-A platform which features large deck space and has also provided space for the installation of Damar-A riser and pig receiver.

A 22km-long submarine cable featuring fibre optic core was laid into the seabed using a cable lay vessel. The cable supplies power and enables control from the Lawit-A platform. The pipelines are laid directly into the seabed without trenching.

All the facilities forming part of the project were installed with the help of four major installation vessels. A host tie-in facility was also constructed at Lawit-A platform for processing.

Details of the Damar-A satellite platform

The unmanned platform is equipped with minimum facilities, including a tender assisted platform rig (TAPR) and a jack-up rig, but it primarily uses the jack-up rig. The platform facilities are scheduled to decommission after 2027.

"The platform was constructed based on the ‘design one, build multiple’ concept of ExxonMobil."

The platform was constructed based on the ‘design one, build multiple’ concept of ExxonMobil. The jacket and topsides weigh about 1,400t and 1,800t respectively.

Processing at the Damar gas field

The produced output is transferred to the Lawit-A platform from the Damar-A platform via the CRA pipeline.

A production separator on the Lawit-A platform separates the gas and condensate. The separated gas is transferred back for dehydration and compression before being transported to an Onshore Slug Cathcher (OSC), while the separated condensate is sent to a Coalescer filter. The filter removes water and transfers the condensate further to the Jerneh Production platform.

Malaysia Marine and Heavy Engineering (MMHE) constructed the topsides and platform jacket under an RM165m ($50.35m) contract awarded in December 2012 by EMEPMI.