Expand
The Kudu gas field is located 130km offshore of Namibia.
The Kudu field lies in production licence 001.
Gas produced from the Kudu field will be sent to a gas-fired power plant at Oranjemund.

Kudu gas field is part of production licence 001, located about 130km off the shore of Namibia near the city of Oranjemund, West Africa. It lies in the Orange Sub-basin at a water depth of 560ft. The field’s proven natural gas reserves are estimated at 1.3 trillion cubic feet and possible reserves at nine trillion cubic feet. The field’s life is estimated to be 22 years.

The Kudu field was discovered in 1974 by Chevron Texaco. Since its discovery, the field has been owned by several companies, including Royal Dutch Shell and Energy Africa. In 2004, Tullow Oil became the owner of the field through the acquisition of Energy Africa.

Tullow initially held a 90% interest in the field, but later sold 20% to Itochu Corporation and ten percent to the National Petroleum Corporation of Namibia (Namcor). The project was estimated to require an investment of approximately R7bn ($1bn).

“Namibia depends on South Africa for more than half of its power needs. Approximately 60% of the power generated by the plant will be used by Namibia and the rest will be sold to South Africa.”

Tullow’s interest in the Kudu field was to decrease to 31% and Itochu’s to 15%. Tullow was expected to remain the operator. The project’s partners are yet to reach an agreement on the development of the field.

Issues such as high gas prices, payment for gas in forex and lack of a power off-taker, had to be resolved before an agreement could be reached. The Namibian Government expected the agreement to be finalised and signed by October 2011. On finalisation of the agreement between the various licensees, field development was expected to begin in 2011, with first oil in 2014.

In June 2011, however, Gazprom pulled out of the project as it did not receive approval from its board. The government is seeking a new partner to develop the project. It has expressed interest to partner with Iran, considering Iran’s expertise in developing huge offshore projects. The final investment decision on the project is expected in mid-2012.

Development of the Kudu field is expected to aid in the economic growth of Namibia and stimulate further exploration of the country’s resources.

Geology of the Namibian gas field’s reservoir and discovery / drilling

The Kudu field reservoir is located at a depth of 4,400m and interbedded with volcanic rock. The reservoir is 50m thick with porosity of 12%. Gas is trapped in the aeolian sandstones of the Barremian age.

Kudu-2 was not tested, but Kudu-3 was tested at a rate of 38mmscf a day, proving the existence of hydrocarbons in the field.

As of 2010, seven wells have been drilled at the field. Another well, Kudu-4, confirmed the findings of the Kudu-3 well.

Gas produced from the Kudu field will be transported to an 800MW gas-fired power plant at Oranjemund through a 170km pipeline. The pipeline will have a capacity of 100m cubic feet of gas.

“Development of the Kudu field is expected to aid in the economic growth of Namibia and stimulate further exploration of the country’s resources.”

The power plant will be built and operated by Nampower, Namibia’s power utility company. About 90% of the feasibility work for the power plant has been completed.

Namibia depends on South Africa for more than half of its power needs. Approximately 60% of the power generated by the plant will be used by Namibia and the rest will be sold to South Africa.

An alternative development plan for the Kudu gas field includes the use of compressed natural gas technology. Using the technology, gas will be compressed at the field and transported onshore through purpose-built vessels. The gas will be supplied to the gas-fired power station and industrial gas markets in South Africa.

The subsea equipment for the Kudu gas field will include a subsea manifold with three to eight kilometres of 8in in-field production flowlines and umbilicals. A 20in pipeline will deliver gas from the subsea manifold to the power plant. 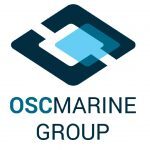