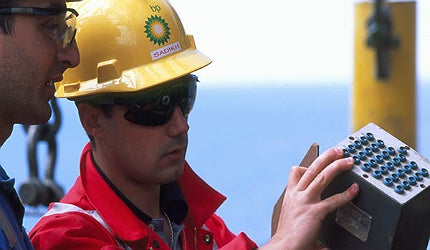 Lan Do is an offshore gas field in Block 06.1 of the Nam Con Son Basin, about 365km offshore of the southern coast of Vietnam. The reserves lie at water depths of about 185m (607ft). Block 06.1 is the largest in-country gas producer in Vietnam.

It consists of two condensate gas fields – Lan Do and Lan Tay – discovered in 1992-1993. Block 06.1 produces about 30% of the nation’s natural gas and condensate needs for power generation.

The block is being developed in three phases. The first phase was completed in 2002-2003 and the Lan Tay field started production in January 2003. The second phase was completed in 2008 and included installation of compression facilities at the Lan Tay platform. The third phase consisted of the development of the Lan Do field and drilling of the fifth well on Lan Tay.

"Block 06.1 produces about 30% of the nation’s natural gas and condensate needs for power generation."

The Lan Do field was developed as part of an integrated gas-to-power project, the Nam Con Son Gas Project. Its development cost more than $306.5m. Lan Do field compensates for the deteriorating output from the Lan Tay. The estimated recoverable reserves at both the fields are about six trillion cubic feet (tcf).

Offshore gas from both the fields is transferred to onshore gas processing facilities and then to Phu My power complex through Nam Con Son Pipelines (NCSP).

NCSP consists of a 362km long, high pressure offshore subsea pipeline and a nine kilometre-long onshore pipeline. The pipeline is owned by BP (32.67%), PetroVietnam (51%) and ConocoPhillips (16.33%). The Lan Tay platform is also operated by TNK-BP.

The Russian oil company TNK-BP is equally owned by BP and the AAR consortium, consisting of Alfa Group, Access Industries and Renova. TNK Vietnam, a subsidiary of the BP Exploration Operating Company Vietnam (TNK-BP), is the operator of the Lan Do field.

TNK-BP acquired an additional 35% stake from BP in offshore Block 06.1 for $1.8bn, in October 2010, to become its sole operator. The acquisition also included a 32.7% stake in the NCSP and Dinh Co Gas Process Terminal, along with a 33.3% stake in the 739MW Phu My 3 power complex located in the Ba Ria-Vung Tau province. The Vietnamese Ministry of Investment and Trade gave licence to the company to operate the offshore gas Block 06.1, in October 2011.

Development and production from Vietnam’s Block 06.1

Block 06.1 currently has a production capacity of 4.7bcm per annum. The Lan Do field will have a capacity to produce two billion cubic metres (bcm) of gas a year. A 32-day subsea intervention campaign was completed at the Lan Tay field in November 2011 to facilitate production from Lan Do.

"The Russian oil company TNK-BP is equally owned by BP and the AAR consortium, consisting of Alfa Group, Access Industries and Renova."

TNK Vietnam successfully completed drilling of two subsea development wells at Lan Do field in April 2012. The drilling works were started in January and took about 94 days for completion. The two subsea wells are located at about three kilometres offset.

The two wells are tied back to the existing Lan Tay offshore platform on the block. It is situated at about 28km east of the Lan Do field in Block 06.1. The wells were connected to the platform via a single 28km, 12-inch flow line and a control umbilical.

The Lan Do field flowed first gas through the pipeline in October 2012. The wells were finished with a seven-inch tube to increase gas recovery.

Reserves at the field are estimated to be 72-89 million barrels of oil equivalent (mmboe) of gas and 0.2-0.3 mmboe of condensate. Lan Do is expected to have a maximum output of 175 millions of standard cubic feet each day (mmscfd). It is also expected to have a life of 20 years.

Contractors for the Lan Do and Lan Tay gas fields

The two subsea wells (Lan Do-2P) were drilled using the Ocean Monarch (UDW semisub) from Diamond Offshore. The engineering, procurement and construction contract for subsea equipment and topside controls for the field was awarded to FMC Technologies, in June 2010.

The contract to supply the main and infield umbilicals was awarded to Duco, a subsidiary of Technip. The value of the contract was $18.6m. The umbilicals are based on Duco’s hybrid technology.