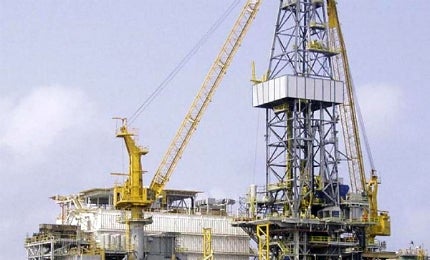 The Lianzi oil field is located in a unitised zone which includes parts of the Block 14 License (Republic of Angola) and the Haute Mer Permit (Republic of Congo) about 105km offshore, at water depths ranging from 820m to 1,070m.

The estimated investment on the development of the oil field is $2bn. Chevron made the final investment decision on the project in July 2012. The field began production in November 2015 with a production capacity of 40,000 barrels of oil equivalent per day (boe/day). Revenue earned from the field’s operations is equally shared between Angola and the Republic of Congo.

“Chevron’s subsidiary Chevron Overseas Congo operates the field with 31.25% interest in the asset.”

The Lianzi field is estimated to contain proven reserves of 70 million barrels of oil.

The development of the field involved a tie-back about 43km to the existing Benguela Belize Lobito Tomboco (BBLT) host platform located in Angola Block 14.

The installation of the 43km-long electrically heated flowline to transport the oil from the field to the host platform was carried out by Subsea 7’s rigid reel-lay vessel Seven Ocean.

The host platform Benguela-Belize Lobito-Tomboco (BBLT) is located about 96km offshore of the Cabinda coast in the Block 14 Licence of Angola.

The topsides of the drilling production platforms (DPP) are supported by a complaint piled tower (CPT) placed at a water depth of approximately 1,280ft. The CPT measures about 1,680ft from the seafloor to the top of its derrick. It has a design life of 25 years. The platform has capacity to accommodate 157 people.

The front end engineering and design (FEED) work for the oil field development was completed in 2009. It was carried out by Granherne, a subsidiary of KBR.

“Revenue earned from the field’s operations are shared equally between Angola and the Republic of Congo.”

The FEED activities for the offshore project consisted of front end engineering and design of the subsea system, connecting pipelines and flowlines, additional new topside equipment for the host platform and modifications and tie-ins required to the existing platform facilities. The contract for the supply and installation of the subsea equipment was awarded to Subsea 7 in August 2012.

The $150m EPCI contract for the topsides of the field was also awarded to Subsea 7 in December 2012. The company further subcontracted KBR to provide topsides design for the project, in April 2013. KBR conducted laser scanning of the entire BBLT topsides, FEED verification, detailed engineering and procurement services as part of the subcontract.

The topsides contract involved the installation of a 200,000t module to host a high-voltage generation system for the new subsea direct electrically heated pipeline cable and a flow metre deck extension weighing 80,000t. The contract also involved several upgrade works on the platform.

Moho-Bilondo oil field, which was commissioned in April 2008 for commercial production, is the first ultra-deepwater offshore field of the Republic of the Congo.

The $10bn Moho Nord Subsea project is located around 75km off the coast of Pointe Noire in the Republic of Congo.

For over 55 years, Enduro has been a world leader...

The oceans between European and American oil and gas companies

Sizing up – is automation coming to seismic surveys?

The Bozhong 19-6 field is considered to be the world’s first large-scale, high-yield, mono-block gas and condensate field. Located in…

Zohr Gas field is located within the 3,752km² Shorouk Block, within the Egyptian Exclusive Economic Zone (EEZ) in the Mediterranean…

The Sangomar (formerly SNE Deepwater) oil field is located in the Rufisque, Sangomar and Sangomar Deep Blocks, which cover a…

19 Feb 2021
Registration is disabled.
We use cookies to ensure that we give you the best experience on our website. If you continue to use this site we will assume that you are happy with it.ContinueLearn more