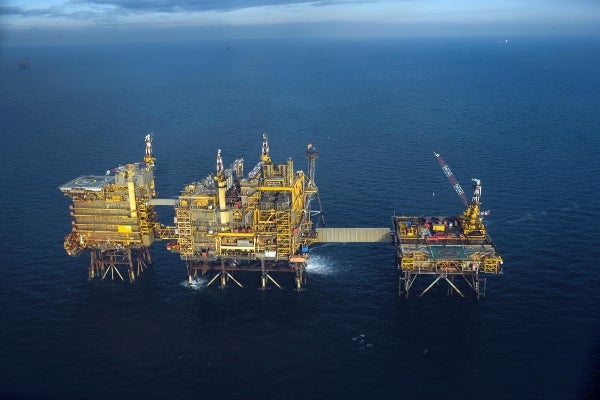 Rhyl Gas Field, which is owned solely by Centrica, is located in Block 113/27b in the east Irish North Sea. The gas field, which was discovered in 2009, started producing gas in April 2013.

The field lies about 900m west of the Walney 2 Development Area, 39km west of Barrow and north of the north Morecambe field, at a water depth of about 27m.

Rhyl Gas Field is located in the North Morecambe Area. North Morecambe which is also solely owned by Centrica was first discovered in 1976 and started producing oil in 1994. The field extends the Morecambe Bay operations beyond 2020. The gas field is expected to secure about 400 jobs in the northwest England.

The designed life expectancy of the gas field’s facilities is 15 years. The cost for the development of the field reached about £85m ($138.5m).

Gas at the Rhyl offshore field is located in the Ormskirk sandstone formation. Gas was first discovered from the exploration well 113/27b-6 in 2009 with high amounts of carbon dioxide and nitrogen. Gas reserves at the field are estimated at 80 billion cubic feet (Bcf).

“The development of the field consisted of a single production subsea well connected to a manifold in Block 113/27b.”

The development of the field consisted of a single production subsea well connected to a manifold in Block 113/27b. The well is tied back to the unmanned North Morecambe drilling and production platform located in Block 110/2, via a 12.7m long and 12in diameter flexible export flowline and umbilical. Power is supplied offshore via an 11kV subsea cable.

A control umbilical is laid between the wellhead, manifold and the platform to control the subsea facilities and provide corrosion and hydrate inhibition facilities.

“The export flowline and umbilical are connected to the manifold using fabricated spool pieces.”

The manifold of the gas field has been designed to tie in other gas discoveries in the neighbouring areas if future drilling proves to be successful. It also incorporates a rigid pipe work to facilitate chemical injection requirements.

The export flowline and umbilical are connected to the manifold using fabricated spool pieces. The umbilical was pulled in using an existing J-tube on the platform jacket.

Export of gas from Rhyl field

The Affleck oil field is located in Central Graben Block 30/19a in the Central North Sea in a water depth of 72m.

The co-mingled gas is compressed, carbon dioxide and nitrogen are removed, and the gas is finally dew-pointed at the onshore terminal before being delivered to the National Transmission System (NTS).

The field was drilled using the Noble Byron Welliver drilling rig. The subsea tree for the project was provided by GE. The engineering, construction and project support services for the gas field were provided by AMEC.

The flowline route survey from the field to the North Morecambe platform was conducted by Gardline Geosurvey.