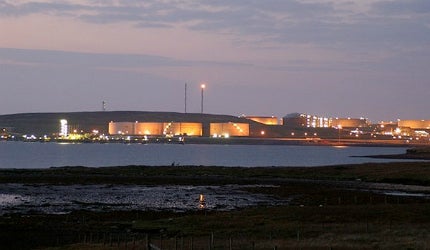 “The field was discovered in December 2004 with the drilling of the 213/27-1Z well in the Faroe-Shetland Channel.”

Chevron is the operator of the field with 40% interest. Partners include Statoil (30%), OMV (20%) and Dong Exploration & Production (ten percent).

Rosebank is considered one of the biggest prospects in the UK Continental Shelf. The partners have acquired majority of the acreage surrounding the field where other prospects may lie. Chevron plans to invest billions of dollars ($6-8bn) in the development of the field.

The field was discovered in December 2004 with the drilling of the 213/27-1Z well in the Faroe-Shetland Channel. The well was drilled by the West Navigator drillship. It struck two oil and gas accumulations with a net pay of 169ft.

The well was drilled to a depth of 2,743m (9,000ft) by the Transocean Rather drillship. It flowed at the rate of 6,000 barrels a day (bpd) and encountered 24m (80ft) of 37° API light oil. The well was part of a three-well appraisal programme undertaken for the area.

Geology and development of the oil and gas discovery

Rosebank reservoir is an intra and sub basalt four way inversion structure. It is made of siliciclastic fluvial and shallow marine sandstones. The field is estimated to hold about 240 million barrels of oil equivalent.

“Rosebank is considered one of the biggest prospects in the UK Continental Shelf.”

Development of the field is expected to present several challenges due to harsh environmental conditions. The area is also largely undeveloped with the absence of any infrastructure.

Produced oil will be offloaded from a floating production, storage and offloading (FPSO) on to shuttle tankers. Gas will be processed on the FPSO and exported onshore to the Shetland Islands through a new pipeline, or through BP’s West of Shetland pipeline to the Sullom Voe terminal.

An FPSO facility and a newly built semi-submersible drilling rig will be used to develop the field. The FPSO will be designed with a crude oil storage capacity of 800,000-1.3 million barrels. FEED study for the FPSO is expected to commence in the second half of 2012.

The semi-submersible drilling rig will be designed to operate in harsh environments of the North Sea. It will be installed at a depth of 7,500ft of water. A charter contract at a cost of $450,000-$500,000 a day is expected to be signed for the rig.

When it was discovered in 1977, Clair Field was the largest discovered but undeveloped hydrocarbon resource on the UKCS.

Seabird Exploration carried out ocean bottom node surveys over the field in two stages in 2010 and 2011. The surveys were required for reservoir imaging and characterisation.

Metocean Services International carried out a deepwater current measurement programme for the field. The data is required for the design, construction and installation of the production facilities at the field.

WorleyParsons carried out the pre-FEED for the FPSO. In July 2012, it won the contract for the FEED study as well. It will carry out the study along with IntecSea.

Seadrill, Fred Olsen, Transocean, Stena and Odfjell are competing to win the contract for the semi-submersible drilling rig. Seadrill already has the West Mistra and West Rigel rigs under construction.

Fred Olsen also has a rig under construction and Odfjell is in discussions with Daewoo Shipbuilding & Marine Engineering for construction of a new rig.

Competentia
Competentia and our US consulting arm, Argonauta, provide the most...