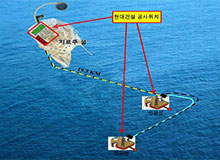 Satah al-Razboot (SARB) offshore oil field is located about 200km northwest of Abu Dhabi. The oilfield is expected to add an additional 100,000 barrels per day of oil to the overall oil production capacity of UAE upon commissioning in 2016.

The sole owner of the field is the Abu Dhabi National Oil Company (ADNOC) with ADMA-APCO as the developer. The front-end engineering and design (FEED) of the project was carried out by Flour from 2009 to 2011. Up to 180 people were involved in the FEED phase of the project.

The offshore project is being implemented in seven stages. It primarily involves the reclamation and construction of two artificial islands, to facilitate drilling works for the extraction of crude oil from the field.

The islands will serve as bases for drilling the oilfield and eliminate the use of offshore rigs. The project will involve the drilling of 86 oil wells. The offshore facilities will include two riser platforms, four flare platforms, four interconnecting bridges, and a single point mooring (SPM) buoy located to the north of the onshore facility.

Oil drilled from the wells will be transferred via a subsea pipeline to a new facility to be built on Zirku Island for processing, storage and export. The processing facility at Zirku Island will have a capacity of 200,000 barrels of oil per day.

The processing facility will also receive oil from the neighbouring Umm al-Lulu oilfield.

The development of the islands necessitates the vibro compaction of about two million cubic metres of material at a depth of 21.5m using two tandems.

The construction of the islands and ancillary activities will make use of equipment such as trailing suction hopper dredgers, offloading and positioning pontoons, crane pontoons, transport barges, and heavy earth moving equipment.

Offshore developments will include the laying of 200km of subsea pipelines, and 55km of subsea power and communication cables.

The project also involves the laying of an onshore pipeline measuring 3km long.

The contract to carry out the mixed dredging and civil engineering works for the two islands was awarded to Dredging International and Middle East Dredging Company (MEDCO).

The EPC contract for the islands was awarded to Petrofac and Hyundai E&C (HDEC). The processing and export facilities will be constructed by Hyundai, while the subsea connections and drilling works will be carried out by Petrofac.

The contracts for the construction of the accommodation buildings, administration buildings and associated facilities on the two artificial islands are yet to be announced.

MEDCO and Dredging International subcontracted Byrne Looby Partners (BLP) to provide support for the design phase, project management, and supervision of excavation and filling work for the process and tank platform areas. BLP is also providing coastal engineering services for the design and construction of the jetty and seawater intake.

The early site preparation works for the Zirku Island is being carried out by Archiredon.

The sub-contractor to carry out the ground improvement works on the islands is NSCC Ground Improvement, which is working in collaboration with BetterGround.