Concept: Researchers from the Institute of Plasma Physics under the Chinese Academy of Sciences (ASIPP) have developed Experimental Advanced Superconducting Tokamak (EAST) fusion reactor. After running at 70 million degrees Celcius for more than 17 minutes, this artificial sun nuclear fusion reactor in Hefei has set a new world record.

Nature of Disruption: The EAST reactor is designed to mimic the natural nuclear fusion processes of the sun and stars. The goal of these fusion reactors is to heat hydrogen atoms, specifically deuterium and tritium isotopes, to the point where they start smashing together, fusing, and producing enormous amounts of energy that can be captured and sustained as more hydrogen atoms are pumped in. The reactor produces energy by compressing hydrogen with powerful magnetic fields until it forms a plasma that may reach temperatures of more than 150 million degrees Celsius, 10 times hotter than the sun’s nucleus, and then fusing the atoms together to generate energy. To induce fusion, the tokamak reactor employs a high magnetic field and supercooling technology to confine hydrogen isotopes into a spherical shape as they are heated into a plasma by microwaves.

Outlook: Fusion power plants are expected to cut greenhouse gas emissions from the power generation sector, which is one of the world’s largest emitters. It has the potential to generate enough energy to end the world’s dependency on fossil fuels and, in the long run, address climate change by replacing greenhouse-gas-emitting energy sources. The EAST experiment boasts to have achieved several significant milestones on the road to practical nuclear fusion, including a one-million-ampere current and a 1,000-second duration 100-million-degree temperature. The tokamak’s final mission is to reach all of the targets in one go. EAST would be used to test technology for the International Thermonuclear Experimental Reactor (ITER), a much larger fusion facility now under construction in Marseille, France. It is set to be the world’s largest nuclear reactor in collaboration with 35 countries including every European Union member state, the UK, China, India, and the US. 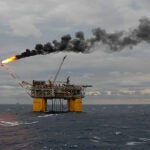 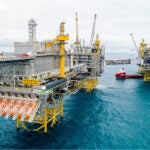