Outlook: As industries around the world increase their usage of drones, they require technology that is simple to operate, works consistently, and is stable when working within extremely sensitive assets. The Elios 3 seeks to meet the demand for dependable inspection instruments among businesses. It allows professionals to create survey-grade point clouds of the most inaccessible regions in their workplace by combining confined space drone data and 3D geospatial software technology. Its patent-pending collision-resilient flight controller makes the drone ideal for use in the most demanding industrial environments. The startup claims Elios 3 can recover from turning upside-down without crashing, thanks to its distinctive cage and unique reversing motors. 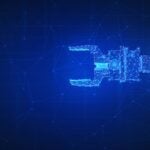