Nature of Disruption: Each node in the Supermicro SuperEdge uses the third Generation Intel Xeon scalable processor to offer data center processing power to the edge, enabling faster analysis and real-time application capabilities. It enables customers to start with just one server and scale up as their business expands. The SuperEdge system, with a depth of only 430 mm, can be placed directly in a variety of physical locations where space is limited. It allows GPUs (graphics processing units) to be installed with AI calculations capability at the network’s edge, enabling faster decision-making and response times. The nodes and I/O (input/output) connections are accessible from the front, allowing for quick maintenance. The server would also work in temperatures ranging from -5 to 55 degrees celsius, as well as a wide variety of humidity and other environmental conditions. This enables enterprises to lower their OPEX (operating expense) by installing the server in multiple locations which might or might not have climate control. The SuperEdge server’s redundant power sources and cooling fans allow it to function in hostile environments outside of a regular data center. Three PCI-E 4.0 (Peripheral Component Interconnect Express) slots are available on each of the three hot-swappable nodes, allowing a wide selection of add-on cards to speed edge computing applications. Multiple accelerator cards, including networking, FPGA (field-programmable gate array), DPU (data processing units), eASIC (application-specific integrated circuit), and TimeSync, can be used because of the system’s high I/O density. Each node could hold up to 2TB of DDR4 DRAM (Double Data Rate Fourth Generation Dynamic Random-Access Memory), enabling installation and execution of more broad and complicated applications than previously possible.

Outlook: As organizations advance to the Metaverse, it has become critical to develop application-tuned servers for both the edge and the cloud to maximize network computing deployment. The Supermicro SuperEdge server is intended for use in small data centers or in situations where server depth is crucial. It claims to be ideal for on-site applications such as retail, branch offices, or field locations including at the bottom of cell towers or high traffic regions, where high-density compute and I/O are required in a small form factor. The SuperEdge server can boost edge application computing and I/O densities, allowing operators to increase system workloads and data processing. 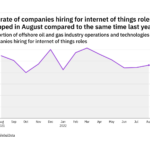 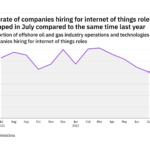