Nature of Disruption: ADIBOT-A is a fully loaded autonomous disinfection system that can be programed and mapped to independently navigate one or more floor plans. It provides 360-degree radiant light coverage, autonomous movement with U-SLAM (Underground Simultaneous Localization and Mapping mapping), powerful UV-C disinfection, a secure app, dedicated server, and cloud-based connectivity, The autonomous robot also offers automatic recharging and intelligent safety features including risk mitigation cameras and PIR (passive infrared) sensors. Lidar (light detection and ranging) sensors are placed on the top and bottom of the device to allow for ground-based movement. ADIBOT-A also has several depth sensors, and the hardware can create a 3D diagram of the entire cleaning space leveraging AI algorithms. It can either streamline the routine by using a bird’s-eye map of the room on the smartphone app to determine where the robot should emit ultraviolet rays, or it can rely on the autonomous software. Schools, corporations, medical establishments, and organizations can all benefit from the disinfection system. It eliminates viruses causing diseases like COVID-19 without the use of hazardous chemicals or the need for costly downtime.

Outlook: During the COVID-19 pandemic, the demand for safer alternatives to chemical disinfection has increased. Toxicities are a worry with commonly used chemical disinfectants, thus UBTECH developed ADIBOT-A to remove and disinfect environments of bacteria and viruses. The robot is planned to launch across the United States in 2022 to address the need for automated cleaning systems that save time and money. According to UBTECH, depending on scale, the robot could cost as little as $15 per month to run. The unveiling of the ADIBOT-A was announced at CES 2022, where it was named an Innovation Award honoree. It is based on UBTECH’s ADIBOT, a stationary disinfection robot. Recently, UBTECH raised $820M in a Series C funding round led by Chinese tech company Tencent Holdings Ltd. It intends to use the capital for R&D, as well as grow its brand into new markets and verticals and recruit additional employees. 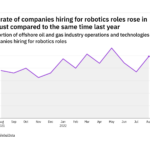 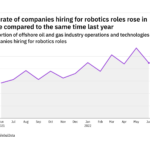