Russia has restarted gas supply via the Nord Stream 1 pipeline following a ten-day scheduled maintenance period, relieving some of the immediate gas supply fears for Europe.

The pipeline runs under the Baltic Sea to Germany and is now operating at pre-maintenance levels of 40%.

Even before the planned outage, which started on 11 July, Russian gas supply from the Nord Stream 1 pipeline was at 40% of its total capacity due to a dispute sparked by Moscow’s military offensive against Ukraine. 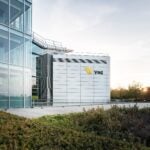 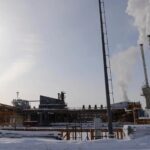 The resumption of supplies via the Nord Stream 1 pipeline at this level, however, would not meet the gas demand for Germany and other European nations. As a results, these nations should continue to find alternate sources to address gas storages before winter, reported Reuters.

German Federal Minister of Economics Robert Habeck said: “Technically, there is nothing wrong with fully utilising Nord Stream 1 again after the maintenance has been completed.

“The lower capacity utilisation at around 40% therefore speaks a clear political language and confirms that we cannot rely on deliveries.”

To avoid winter supply shortages amid concerns of Russia’s reduced deliveries, the European Commission has urged its member states to reduce gas usage by 15% from August 2022 to March 2023, compared to usage in the same period of 2016-2021.

The move triggered concerns from at least 12 of the bloc’s 27 members at a meeting held on 21 July 2022, reported Reuters, citing EU officials with knowledge of the meeting.

Some of the countries opposing the EU’s plan included Denmark, Malta, Ireland, France, Italy, the Netherlands, Poland, and Portugal.

During a joint news conference, Hungarian Foreign Minister Peter Szijjarto was cited by the news agency as saying that the country would require 700 million cubic metres of gas to ensure the safety of supplies.