ECA Robotics to Exhibit with Triton Imaging at Ocean Business 2013 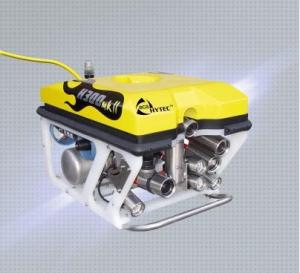 ECA Robotics, a specialist in the domain of unmanned vehicles, will be exhibiting at Ocean Business 2013, taking place in Southampton, UK, on 9-11 April.

The autonomous vehicles are tuned to perform with Triton Imaging Inc. software in order to acquire, process, visualise and interpret data coming from different sensors such as side scan sonars, SAS, multi-beam echo sounders, sub-bottom profilers, and swath bathymetry systems.

Triton Imaging and ECA Robotics are giving a paper on the acquisition, quality control and processing of multi-sensor survey data involving autonomous vehicles at the meeting of the Hydrographic Society of UK on 9 April 2013, after the Ocean Business show.

Triton’s experience in sonar acquisition and processing software, coupled with ECA’s cutting-edge development of unmanned maritime vehicles (USVs and AUVs), has resulted in fully-integrated robotic systems capable of performing the full suite of tasks required in modern survey operations. The cooperation’s impressive results will be presented in this paper.

The ECA vehicles and Triton’s software will be on display at Ocean Business in booth N9.