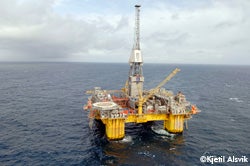 Statoil has signed a €4.5m contract for the fifth delivery of standardised umbilical cables developed by Nexans.

Statoil’s Visund oil and gas field is to benefit from standardised fast-track umbilicals developed by Nexans. The field in the Tampen area of the Norwegian North Sea will be the fifth project to use these standard umbilicals.

The standardised umbilicals are made up of electrical and fibre-optic cables, as well as hydraulic and chemical lines. The technical and administrative procedures are standardised, saving time, costs and materials during the project.

Nexans will deliver 830m of dynamic umbilical cables, made up of 12 16mm² quad-cables. In addition, Nexans will supply a pull in and hang off assembly and a subsea umbilical termination assembly (UTA).

"The standardised umbilicals meet Statoil’s administrative and technical requirements, allowing us to provide a consistent and cost-effective service."

In late 2013, the contract was extended to include the delivery of umbilicals for the Gullfaks Rimfaks Valley gas field. In total, Nexans will provide more than 50km of static and dynamic umbilicals.

Nexans’ project manager Liv Molvik Lundegaard said: "Nexans is looking forward to working with Statoil on the fifth project of this kind.

"The standardised umbilicals meet Statoil’s administrative and technical requirements, allowing us to provide a consistent and cost-effective service."

"This contract is a continuation of our long and productive relationship in the Norwegian Sea and worldwide. Nexans’ technology will help to extend the life of Statoil’s oil and gas fields."

The cables will be manufactured at the Nexans plants in Rognan and Halden, Norway. Delivery of the cable and accessories will begin take place Q2 2015.