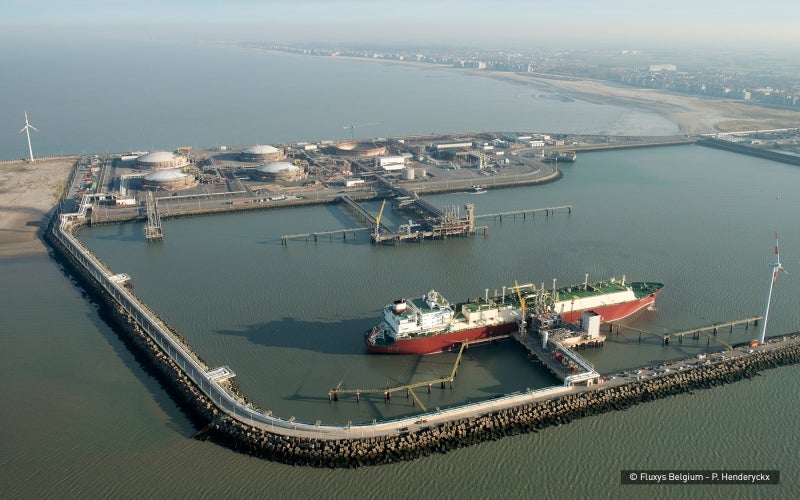 Fluxys LNG has awarded a deal to a consortium comprising DF Oil & Gas and Felguera IHI to carry out extension works on the Zeebrugge LNG terminal off the coast of Belgium.

The turnkey contract covers the construction of a fifth LNG storage tank with additional process installations for an amount of more than €200m.

This new full containment, semi-buried LNG storage tank will be one of the largest of its kind in the world, measuring 95m in diameter and 45.5m in height, and will have a capacity of 180,000m³.

All these LNG storage tanks at the Zeebrugge LNG terminal have one thing in common: they all sit on Pittsburgh Corning’s FOAMGLAS insulation.

It is 100% incombustible, impermeable to any kind of moisture and offers superior insulating properties with a stable and a non-deteriorating insulation efficiency, which ensures a constant thermal performance that remains unchanged over time.

The FOAMGLAS insulation High Load Bearing range has been specially designed for high-load bearing industrial applications, and has been renowned worldwide as the benchmark for tank base insulation.

Its unique combination of low thermal conductivity and high compressive strengths, which run all the way up to 240t per square metre, makes it the ideal product for a wide range of tank base construction applications.

Pittsburgh Corning supplied FOAMGLAS HLB insulation for each of the initial three LNG storage tanks during the construction in 1986.

After 20 years of impeccable performance, Fluxys LNG again called upon the expertise of Pittsburgh Corning when they decided to add another 140,000m³ LNG storage tank in 2006.

The insulation works are scheduled to be finished before the second half of the year, with everything on track for the new tank to be commissioned in 2018.

The new installations are part of the investments required to offer transshipment services for which Fluxys LNG signed a long-term agreement with Yamal LNG in 2015.