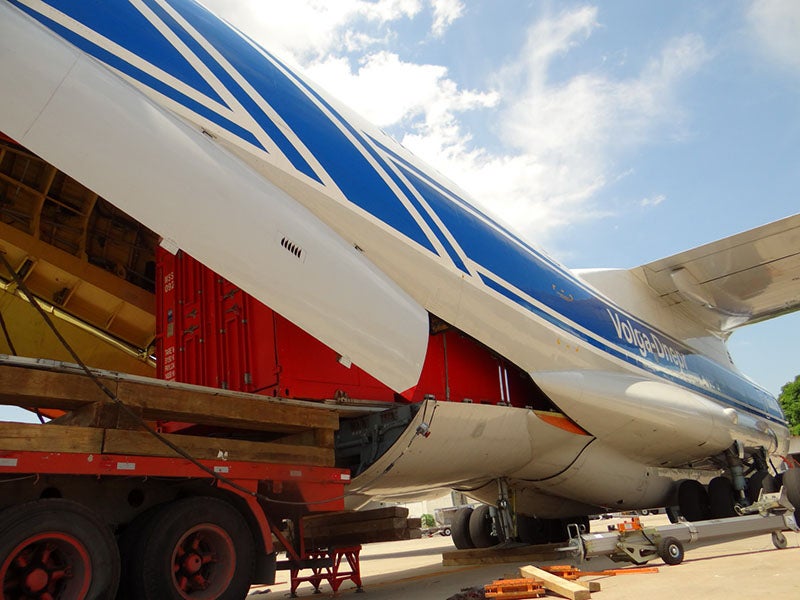 Oversize and super-heavy cargo transportation leader Volga-Dnepr Airlines recently delivered 45t of oil and gas equipment onboard a IL-76TD-90VD aircraft from Rio de Janeiro, Brazil, to Prestwick, UK. The cargo, parts of a water-driven excavation system and auxiliary equipment, is destined for drilling operations and seabed engineering. The flight was ordered by Chapman Freeborn AircharteringFretamento e Logística do Brasil Ltda.

Volga-Dnepr Airlines sales executive Alexander Kartashov said: "The delivery of oil and gas equipment is one of the key areas of Volga-Dnepr Airlines’ expertise. This flight counts as 1,100th mission in Airlines’ history of oil and gas transportations. As of early 2014, the total weight of this type of cargo delivered onboard An-124-100 and IL-76TD-90VD aircraft was estimated at 74,000t. During 23 years of work, Volga-Dnepr Airlines has become an acknowledged expert in this field, cooperating with such leading international corporations as Exxon Mobile, Total, Shlumberger, Cameron, National Oilwell Varco."