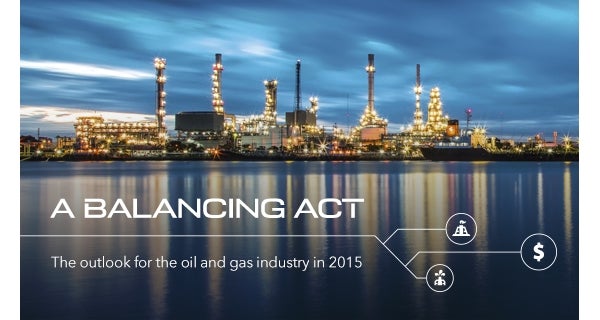 In the face of falling oil prices, confidence in the outlook for the oil and gas industry has dropped dramatically among sector professionals from 65% to 28% in the last three months, according to new research published today by DNV GL. The pessimistic outlook is also reflected in capital expenditure (CAPEX) intentions, with those planning to increase CAPEX in the same period dropping from 40% to 12% and those planning to reduce headcount increasing from 26% to 47%.

The findings highlight that senior industry professionals are split over how to tackle the year ahead, according to DNV GL’s fifth annual research report on the outlook for the sector. Those who are most confident about reaching their profit targets plan different cost-management measures, taking a long-term approach to riding out the storm, while those pessimistic about hitting their profit targets are more likely to take short-term cost-cutting measures.

Among the ‘profit confidents’, 67% intend to increase or maintain capital investment compared to 29% among ‘profit pessimists’ and 70% intend to bolster R&D spending compared to 40% of the pessimists. When it comes to imposing strict cost controls, profit confidents have a greater focus than profit pessimists on improving workflow / work processes (45% versus 35%), a greater use of automation (11% versus 1%) and the adoption of new IT technology (13% compared with 4%). The ‘profit pessimists’ are more likely to take cost-cutting measures such as reducing headcount (35% compared with 15% in the confident group).

"Industry players can develop a long-term sustainable cost base to adjust to this lower-margin environment."

Elisabeth Tørstad, CEO of DNV GL – Oil & Gas, said: "While the strong correlation between the oil price and confidence is expected, we need to take heed of lessons learned from previous downturns. The oil and gas sector faces a dilemma over balancing long-term growth or cutting back more sharply in response to short-term pressures.

"By taking a broader view, reducing complexity and standardising processes, materials and documentation, industry players can develop a long-term sustainable cost base to adjust to this lower-margin environment.

"Tight schedules, high activity and complex projects have driven costs up over the last few years, but it is interesting to see that the most confident industry players are forging a different path to their less confident peers. They are showing counter-cyclical behaviour by investing during the downturn, which is positive for the long-term health of the industry."

DNV GL’s report, ‘A Balancing Act: The outlook for the oil and gas industry in 2015’, provides a timely assessment of industry confidence and priorities for the year ahead and is based on a global survey of more than 360 senior industry professionals and executives carried out during the week starting 19 January 2015.

The report also includes 18 in-depth interviews with a range of experts, business leaders and analysts. The research has been compared with a previous survey carried out from October to November 2014 to monitor shifting sentiment during a period of falling barrel prices, as well as DNV GL’s 2014 industry outlook report.

Other key findings include: