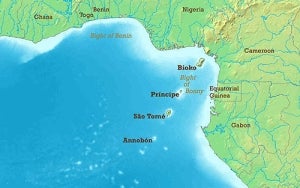 Against strong competition, Bridon has recently been awarded a contract from Samsung Heavy Industries, located in South Korea, to supply FPSO (floating, production, storage and offloading) mooring cables for the Egina Oil Field, scheduled for delivery on 24 August 2015.

The Egina field, located 150km off the coast of Nigeria, is being developed by Total Upstream Nigeria in partnership with CNOOC, Sapetro and Petrobras, and is the third deep offshore development of Total’s in Nigeria. The field is currently under development with a production schedule planned for the end of 2017.

Located approximately 20km from the Akpo field, the Egina field lies within block OML 130 and covers an area of approximately 500m² with a water depth of up to 1,750m.

The five wells on the Egina field encountered 60m-80m of oil in Miocene sands. The oil reserves are estimated at 550 million barrels.

"We are delighted that Samsung Heavy Industries, supported by TOTAL, have placed their confidence in Bridon for this critical project mooring, the Egina FPSO."

Bridon was selected as the preferred supplier after a protracted negotiation period against strong competition.

Bridon will be supplying 17 lengths of 116mm sheathed spiral strand with a finished diameter of 138mm. Each length is to be fitted with a forged closed socket delivering a total length of 2,220m. With a minimum breaking load of 13,900kN and a design life of 25 years, each complete reel will weigh an impressive 185t.

Bridon commercial director Andy Dodwell said: "We are delighted that Samsung Heavy Industries, supported by TOTAL, have placed their confidence in Bridon for this critical project mooring, the Egina FPSO. It again demonstrates Bridon’s technology leadership position with a quality-driven and proven product system."

The Bridon Technology Centre (BTC) is a world-leading centre of excellence for rope technology development,...

The Bridon Technology Centre (BTC) is a world-leading centre of excellence for rope technology development,...

The concept of the simple winch predates the fourth century BC; hoists, pulleys and winches...

Take the Challenge: Bridon Demonstrates How to Reduce Operating Costs

With oil prices tumbling and commodity yields still fragile there has never been a better...