BP Australia has partnered with investment banking company Macquarie Capital to study the feasibility of producing green hydrogen at the Kwinana site in Western Australia.

Backed by funding from the Western Australian Government, the study is aimed at helping in decarbonising the Kwinana Industrial Area near Perth.

BP’s study will focus on producing green hydrogen at its former refinery site in Kwinana. 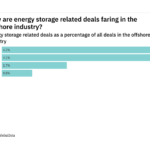 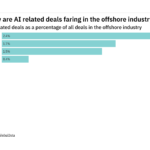 This in turn forms a part of the firm’s broader plan to repurpose its Kwinana site as an integrated energy hub to produce and distribute fuels.

The oil giant said it is already working on plans to develop a renewable fuels plant at the site to enable the production of sustainable aviation fuel and renewable diesel.

Last year, BP unveiled plans to close fuel production at the 65-year old Kwinana Refinery located on the shore of Cockburn Sound at Kwinana, and convert it to an import terminal to help strengthen Western Australia’s fuel security.

The company said that the refinery, which was closed earlier this year, was no longer economically feasible due to the regional oversupply and continuous lower refining margins.