By GlobalData
Thank you. Please check your email to download the white paper.

The Top 10 Most Mentioned Oil & Gas Companies: H1 2022 report analyze the leading oil and gas companies while discussing the multiple events which took place in the oil and gas industry based on the volume of Social Media conversations, which are tracked by GlobalData’s Social Media Platform during the H1 2022 period. 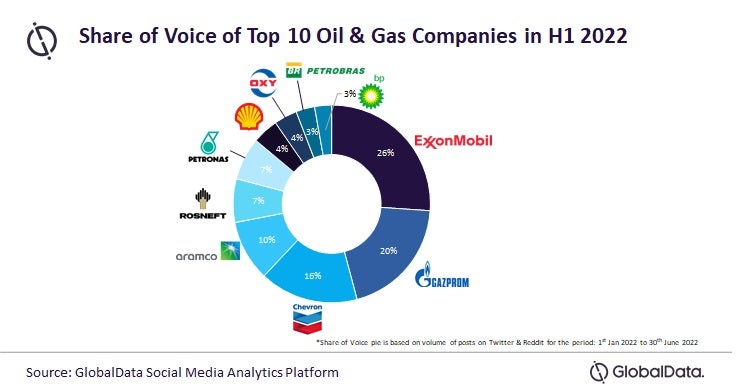 Among the top 10 list of Oil & Gas companies, Exxon Mobil ranked as the most mentioned oil and gas company on social media during H1 2022. The influencer conversation surged in February, when ExxonMobil, the American oil and gas multinational corporation, announced the termination of a major oil and gas project.

For more such trends and information, download the report on “Top 10 Most Mentioned Oil & Gas Companies: H1 2022”.