In July 2020 the Japanese Government increased the number of designated “promising areas” for offshore wind development to ten, having a month earlier launched the bidding process for a project off the coast near Goto City, Nagasaki Prefecture.

The 16.8MW Goto project may be modestly sized by international standards but the wind it generates could be followed by a major wave of investment.

The Japan Wind Power Association estimates that up to 10GW of offshore wind could be developed in Japanese waters by 2030, with total capacity reaching 30–45GW by 2040.

Investment
Drone use cases have grown in oil & gas operations 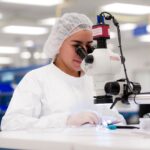 Investment
Ahead of the trends: How Costa Rica is creating value with purpose in a post-pandemic world
Investment
Kazakhstan pursues diversification agenda
Data Insights
View All

Offshore wind has obvious attractions to an island country, but completed developments have been limited to pilot projects due to Japan’s deep waters creating technological difficulties.

Construction is beginning on the country’s first commercially financed offshore wind farm, the 140MW Akita project, which reached financial closure in February 2020. The project has a total cost of Y100bn ($940m), with France’s Société Générale among the lending banks.

Marubeni leads an all-Japanese sponsor consortium for Akita, but future projects are expected to provide greater opportunities for foreign investors.

Europe has led internationally in the development of offshore wind. According to industry group WindEurope, by the end of 2019 there were 5,047 grid-connected offshore wind turbines producing more than 22GW across 12 European countries.

Leading European developers and suppliers, such as Orsted and Vestas of Denmark, Siemens of Germany, and EDP and Engie of France, have confirmed intentions to invest in Japan’s offshore wind market, with many forming joint ventures with domestic companies.

A reference in the tender documents to bidding for Goto being restricted to only “domestic corporations” does not appear to be a block on foreign companies competing for projects.

Jun Usami, partner and co-head of law firm White & Case’s corporate and merger and acquisition practice in Tokyo, says eligibility criteria includes a requirement that “the applicant should be an entity or group of entities incorporated in Japan” but adds there is “no reference to restrictions to foreign ownership”.

While Akita’s construction will be bottom-fixed, Goto and other projects to be auctioned will be floating, which is still an early-stage technology. Marubeni built Japan’s largest floating offshore wind farm to date, the 12MW Fukushima demonstration project, which first began operations in 2013 and is now due to be dismantled. This and other pilot projects have help test the technology ahead of the construction of utility-scale projects.

In April 2020, the government set the feed-in tariff for floating projects at an attractive Y36, about $0.34 for every kilowatt hour (kWh) supplied to the grid. According to the International Renewable Energy Agency, the global weighted average levelised cost of electricity from utility-scale offshore wind farms in 2019 was a far less generous $0.115 per kWh.

According to the UN Conference on Trade and Development, foreign direct investment (FDI) outflows from Japan rose by 58% in 2019 to a record $227bn, making Japan by far the largest outbound investor of any country.

FDI inflows into Japan also rose in 2019, although they totalled just $14.5bn. Since his election in 2012, Prime Minister Shinzo Abe has been trying to increase inward FDI as part of his ‘Abenomics’ economic programme.

“As part of Abenomics, the Japan Government has been trying to stimulate inward investment in inbound tourism as well as FDI in public companies by way of implementing a corporate governance code and stewardship code,” says Usami. “Shareholder engagement/activism has also increased year on year for the past several years.”

There has also been a tightening of some FDI regulations in Japan, however, as seen in other countries recently. The threshold for share acquisitions by a foreign investor that require prior notification in certain sectors was reduced from 10% to 1% in May 2020. Energy is one of the sectors that the new rule applies to.

Offshore wind is a potentially sensitive sector in terms of national security given the seabed mapping involved and the growing tension between China and other countries over territorial disputes in the South China Sea.

Fishing rights are fiercely guarded in the country too, which has made environmental approvals for offshore projects lengthy.

These challenges and the impacts of Covid-19 are not expected to significantly delay upcoming project tenders though. One banker who is in discussion with potential bidders says new auctions that had been expected in June or July 2020 will now launch in either August or September.

Offshore wind has long promised investment opportunities in Japan that may now be realised.