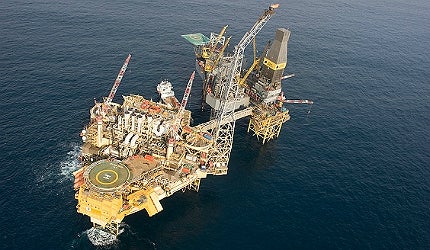 Britain’s offshore industry group Oil & Gas UK has said investment in extracting oil and gas from the UK’s continental shelf is expected to reach an all-time high of £13.5bn in 2013.

The group said in its 2013 Economic Report, published on 21st August, that renewed commitment from the government and industry to extract oil and gas from the continental shelf has been successful in promoting the investment.

Oil & Gas UK’s chief executive, Malcolm Webb, said: "The recent sharpening of focus within government and industry on the business environment required to grow that contribution in future has given investors the confidence to develop new fields and redevelop older fields, so we are now seeing the highest-ever investment."

Royal Dutch Shell has posted a decrease in its 2013 second quarter profit to $4.6bn, compared to $6bn in the same period of 2012, primarily due to oil thefts and gas supply disruptions in Nigeria and the weak Australian dollar.

On a current cost of supplies (CCS) basis, the company’s earnings were $2.4bn for the second quarter of 2013, compared to $6bn in the same quarter a year ago.

Williams sent a letter to the Department of Interior and the Environmental Protection Agency requesting regulators look into the reports.

The request comes after The Associated Press reported companies were using fracking to explore for oil and gas at the Santa Barbara seabed.

BP has been ordered to pay more than $130m in fees to the court-supervised administrator, who is looking after the payments of people who claimed they were impacted by the 2010 Gulf of Mexico oil spill.

US District Judge Carl Barbier gave the orders to BP on 7 August 2013, in a fresh legal setback for the company.

BP has been trying to temporarily block claims payments and also complained of broader problems in the programme, run by court-appointed claims administrator Patrick Juneau.

Oil and gas workers in the UK have mixed opinions about investment levels, wages and job opportunities on the potential impact of Scottish independence on North Sea exploration, according to new research.

On 18 September 2014, a national referendum is being held to decide whether Scotland will become an independent country.

The Scottish independence oil and gas survey, conducted by technical manpower specialist, NES Global Talent, was commissioned in July 2013 and completed with a sample size of 199 oil and gas workers.

IHC Merwede’s offshore division has been awarded contracts worth €1bn by Subsea 7 and Seabras Sapura, to design, engineer and construct a total of six pipelaying vessels.

Under the contract, IHC will supply three ships of identical design to the recently launched Seven Waves for Subsea 7 and three fully integrated pipelaying vessels to Seabras Sapura.

The new six 550t vessels will be delivered to the companies during the first half of 2015 and second half of 2016.

Statoil has signed a deal to sell its stake in offshore oil and gas fields located in Norway and the UK to OMV, for $2.65bn.

The company said it will use cash from the divestment to invest in high-return projects in core areas, such as its recent Norwegian continental shelf discoveries.

Statoil president and CEO Helge Lund said: "We continue to deliver on our strategy to create value through active portfolio management and to further increase our financial flexibility."

Royal Dutch Shell said its UK arm is interested in North Sea investments and has been investing £2bn annually, either in new developments or in refurbishment of existing activities to upgrade them for the next ten to 20 years.

Shell UK chairman, Ed Daniels, was quoted by The Daily Telegraph as saying the company is currently a big North Sea producer, representing 14% of UK oil.

The company will continue oil and gas production in the North Sea for decades as it has more material presence in it.

Encana to Divest its 49.9% Interest in Duvernay Play in Favor of PetroChina for US$2.2 Billion to Unlock the Value of the Assets

Total to Sell 20% Stake in OML 138 Block to Sinopec for US$2.5 Billion: Divestment is Part of Total’s Plan to Fund Lucrative Projects