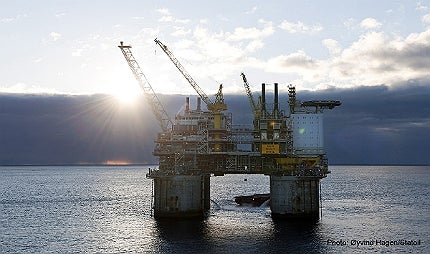 For First Minister Alex Salmond, his ruling Scottish Nationalist Party (SNP) and other members of the ‘Yes’ campaign, the chance to control what happens with O&G revenues is one of the main reasons why, they suggest, Scotland would be better off on its own.

On the other hand, pro-UK ‘Better Together’ advocates argue that a separate Scotland relying so heavily on such a volatile, and ultimately finite, resource could soon find itself being forced to ride some stormy economic waves.

Both sides, of course, cherry-pick the details to suit their default position, and both have been accused of being rather flexible with the truth at times, but leaving that aside, it is clear that ‘Scotland’s oil’ will play a big role in deciding the nation’s future, come September 2014.

For the oil and gas sector, the prospect of the emergence of a truly Scottish North Sea in the aftermath of a ‘yes’ vote in that referendum obviously raises many questions, not least in terms of what it means for workers, investment and the future of exploration and licences.

Like much of the rest of the independence debate, opinion is freely available – some might say too freely – but hard facts and definitive statements are not easy to come by, and that is scarcely reassuring for an industry that is characteristically somewhat averse to uncertainty.

One thing is certain, however. With the UK Continental Shelf supporting hundreds of thousands of jobs – and responsible for a quarter of all the UK corporation tax paid in FY2011-12, according to a recent report by John Paterson and Greg Gordon of Aberdeen University – whatever happens, the ripples will be felt far beyond Scotland.

Investment in the North Sea

"Like much of the rest of the independence debate, opinion is freely available – some might say too freely."

The North Sea is currently enjoying what has been described as a bit of a ‘second wind’. According to industry body Oil & Gas UK (O&GUK), investment has hit a record £13.5bn this year – and that is more than any year in the 1970s when the new platforms and pipelines were being constructed, and nearly double the £7bn (adjusted to today’s prices) highest annual investment between 1992 and 2008.

Since the UK Treasury rebalanced its relationship with the sector – which had been damaged by George Osborne’s perceived 2011 budget raid – the industry has largely sensed the growing return to stability, and that has undoubtedly helped the investment flow.

"Both the UK and the Scottish Governments recognise the importance of the UK oil and gas industry and are aware that the industry must be able to work in a secure and predictable fiscal regime. The recent changes in the tax regime designed to promote investment in the UK’s oil and gas reserves are already resulting in significant investment in new fields and the creation of thousands of highly skilled jobs across the UK. This positive fiscal environment needs to prevail," says Oonagh Werngren, O&GUK’s operations director.

In their paper ‘Energy and Constitutional Change Conversation – Oil and Gas’, Paterson and Gordon mention the note of uncertainty the independence debate inevitably introduces over that future relationship – and it, clearly, could have repercussions for those employed in the sector too.

Jobs – where will they go?

First Minister Salmond has made his intentions plain; there will be no effect for workers in the industry. "The Scottish Government is committed to maintaining first class health and safety standards, maximising economic recovery rates, improving production efficiency, driving forward further exploration on the North Sea, improving asset integrity of critical infrastructure and incentivising industry to develop enhanced oil recovery techniques."

"The North Sea is currently enjoying what has been described as a bit of a ‘second wind’."

However, Sir Robert Smith MP – a supporter of the Better Together campaign, and the Liberal Democrat’s leading O&G expert, points out that Scottish-based employees would, nevertheless, be impacted by any changes made to employment and tax conditions.

"Companies working in the export market who can be flexible about location would have to choose which was the best place to locate their employees," he says.

Among the O&G workforce itself, according to a recent survey by NES Global Talent, opinion is fairly evenly split on whether Scottish independence might benefit or harm future investment and job opportunities – and 56% of respondents expect salaries to remain the same, rather than rising (19%) or falling (25%).

A competitive salary, and the chance to work in a safe and stable region, seem to be paramount considerations, and it appears that Scotland is perceived to provide that, whether independent or not.

From the company perspective, the licensing and regulatory framework, like the fiscal regime, plays a major role in providing the confidence and comfort necessary to make the massive investments required – whatever the currency being used.

"First Minister Salmond has made his intentions plain; there will be no effect for workers in the industry."

A newly-independent Scotland could not be held to licence terms forged by the previous UK – a granting body which would no longer exist. As Paterson and Gordon set out in detail, there are clear arguments, based in both contractual and international law, that preclude any such move once the former UK had ceded sovereignty of what would officially be the Scottish Continental Shelf.

However, just because legally things can be changed, it does not automatically follow that they will be; it is obviously in no one’s best interests for Holyrood’s first fully autonomous administration to rock the boat, either in terms of varying existing licences, or issuing new ones on vastly altered terms.

To do so would risk destabilising investor confidence at a crucial time in the fledgling nation’s history – something which Fergus Ewing, Minster for Energy, Enterprise and Tourism, among others, knows only too well.

"The current licensing and regulatory regimes in operation on the North Sea work well and the intention of the Scottish Government is to adopt their current operation."

There is, he says, a presumption in favour of continuing the status quo, and for the industry, amid all the rest of the uncertainty surrounding the referendum debate, that must ring with the rather reassuringly stable sound of familiarity.

So, in the end, what impact will a ‘Yes’ vote have? The consensus seems to be that, at least in terms of jobs, investment and licences, life will roll on much the same.

Even so, some changes are inevitable, no matter who holds national sovereignty. The production efficiency rate in the North Sea has fallen to 60%, while extraction costs have increased four-fold in the last decade, and according to O&GUK, the general trend for marked rises in unit operating costs will continue unless production rises.

Just prior to the start of Offshore Europe in September, Bob Keiller, head of oil services company Wood Group, told BBC Radio’s Business Scotland the sector has been slow to adapt and that there is a need for greater imagination and efficiency.

"The second half of the North Sea story is going to be different from the first half," he said – words which might take on a whole new meaning after September 2014.

Sea change: offshore safety and the legacy of Piper Alpha

The Piper Alpha disaster in 1988 shocked the world, and changed offshore safety management and legislation in the North Sea beyond recognition.