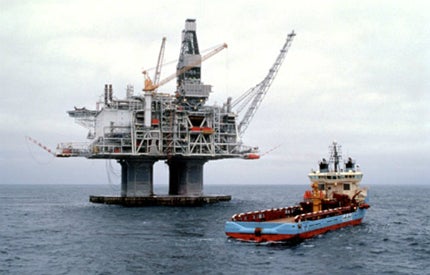 In June 2013 Norwegian Statoil announced it had discovered high quality, light oil in the previously unexplored and hostile climate of the Harpoon Prospect in the Flemish Pass offshore of Newfoundland, Canada.

This was in addition to another nearby oil discovery at Mizzen, located ten kilometres south-east of Harpoon, where 100 – 200m barrels of recoverable oil were discovered shortly before.

These discoveries have so far vindicated Statoil’s 2013 three-well exploration programme offshore of Newfoundland, which has seen the company boldly explore where no others have dared to before.

Although the outlook is "encouraging" as Statoil’s senior vice president for North America, Erik Finnstrom, tells us, there are two crucial factors: the scale of the Harpoon Prospect is as yet unconfirmed ("we are still working on that" Finnstrom says) and no oil has been confirmed in the Bay du Nord, the third prospect, located south-west of Harpoon and Mizzen. Results of which are expected internally in "around two months".

Will Statoil’s future in this part of the Flemish Pass rest on the outcome of these two factors? Finnstrom explains Statoil’s strategy in the area and why the company decided to bet big on the unexplored far side of the Atlantic Ocean.

Heidi Vella: Why has Statoil decided to invest a lot of money in the Flemish Pass Basin?

Erik Finnstrom: We feel this basin has the potential to provide us with large prospects, what we call impact prospects; a size that is significant to Statoil.

"It is a challenging area – there is no question about that. We are working in what we would call a harsh environment."

We have established a very strong position which we have established over a number of years, so that we are in a really good position to capitalise on the successes we have made and, should we turn this into a commercial successful venture, we have multiple follow up prospects to drill.

We have done a lot of geological work, a lot of mapping and we feel like the basin provides us with the opportunity for large structures to drill, and as we have shown now, there is a working petroleum system.

HV: What kind of challenges does the area pose?

EF: It is a challenging area – there is no question about that. We are working in what we would call a harsh environment. In the winter time high seas, fog and these types of things that are a challenge for operations, but these are conditions we encounter in the North Sea and that we have worked in for forty years.

It is standard drilling, I would say, drilling rocks and geologic types of conditions that we are very versed in.

HV: Statoil has also discovered oil in nearby Mizzen – what are the key differences between Mizzen and the Harpoon prospect?

EF: I think the key difference is the quality of the oil. At mizzen we have heavier oil and at harpoon it is a lighter oil, which will make potential development more profitable and more easier. Basically, [it will] give us higher value for the oil that we sell.

Otherwise these are similar geologic structures – tilted blot blocks – again similar to things we know and drill in the North Sea. So they are similar looking structures but we found different types of oil.

HV: Have you decided whether this area is commercially viable yet? If not, what will be an indicator?

EF: We haven’t made any call on that. I think it is fair to say we will need to do some more appraisal drilling on Harpoon to establish some commerciality. And we haven’t made the call on proceeding with that next year or not, whether we will do that at all.

"It will most certainly bring jobs and more prosperity in the region."

It depends on a combination of all of the factors that go into the total reservoir performance and cost scenario in terms of what it will cost to get the oil out.

It is really a calculation or judgement you make based on each particular case. We feel like we are definitely in the right direction with the discovery we have made and are looking forward to seeing what we get at Bay du Nord, where we are currently drilling and which is a very close neighbour to Harpoon.

HV: What kind of expectations do you have for Bay du Nord?

EF: Well, we think it is a very good prospect. That it is a prospect that when we calibrate it, look at it, judge it and compare it to other things that we have in our global exploration portfolio, it comes out very well.

So the discovery at harpoon doesn’t hurt that at all and makes it an even more promising prospect. We do have high hopes, but you never know, until the drill bit goes into the reservoir, what you are going to get for sure, so we are anxiously awaiting that.

HV: If these three wells are commercially viable how significant would this be to Statoil’s overall portfolio?

EF: If we could get this to work in terms of a commercial solution, which is what we are trying to do here, in Canada, to be an operator of a commercial development and build more scale, which is always what we like to do, make the most of that scale, it would be a huge success for us: it’s what we’re shooting for.

HV: What benefits would production bring to the nearby area?